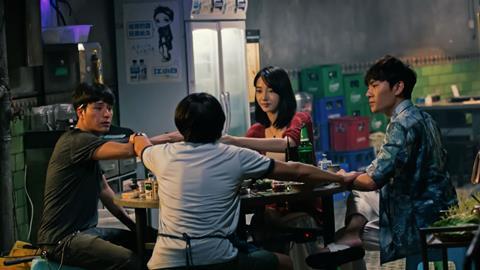 Chongqing Hot Pot spiced up the Chinese box office in a fairly quiet week from Apr 4-10.

The second film by director Yang Qing, which opened in second place two weeks ago, claimed the top spot with $26.67m and brought its total to $48.53m after ten days.

Produced by Chen Kuo-Fu, the dark comedy is about three friends who accidentally tunnel into a bank vault from their underground restaurant.

Action sequel London Has Fallen opened in second place with $24.71m from its first three days, but topped the daily chart from Friday through the weekend. Its three-day gross in China was bigger than both its $21.64m debut in North America last month and the local result for its predecessor Olympus Has Fallen, which took $5.8m when it opened in China in 2013.

Sammo Hung’s The Bodyguard, which previously debuted top, dropped to the third in its second week with $19.69m. The action drama took $45.79m after 10 days.

Zootopia still held strong in its fifth week and placed fourth with $13.20m. Its haul of $233.37m after 38 days (based on RMB1,504m in its original currency) made it Disney’s biggest title in China, surpassing Avengers: Age of Ultron to become the seventh biggest film ever in China and the third among Hollywood titles (behind Furious 7 and Transformers: Age of Extinction).