Adam Sandler enjoyed his best-ever UK opening as Grown Ups deposed The Expendables at the top of the UK box office. 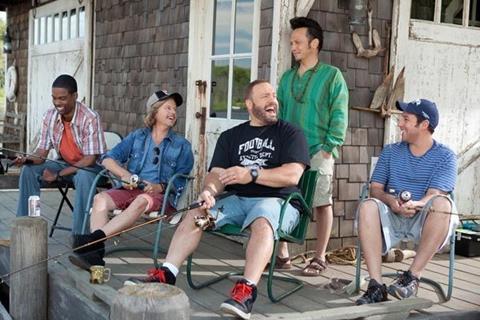 Universal’s Scott Pilgrim Vs. The World had to settle for second place after grossing $2.5M (£1.6M) from 408 screens for an average of $6,069 (£3,933). Although it performed better per screen than in the US, it was still some way off local hero Edgar Wright’s previous best UK opening for Hot Fuzz which amassed £5.9M when it opened in 2007.

Toy Story 3 held firm at number 3 for a second consecutive week only dropping 29% from the previous weekend. Disney’s comedy took a further $2.3M (£1.5M) as it passed the $100M mark in the UK in its sixth weekend.

Next week sees the release of Lionsgate UK’s The Switch, Optimum’s The Last Exorcism, Paramount’s Dinner For Schmucks and Warner Bros’ Jonah Hex, which will aim to improve on its disappointing US opening weekend.