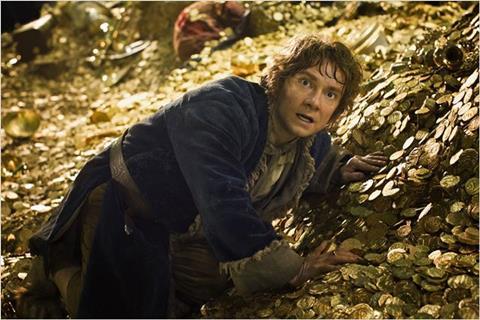 Despite stiff competition from Ron Burgundy and the Channel 4 News Team, The Hobbit: The Desolation of Smaug has retained the top spot at the UK box office.

At the end of its second weekend, The Hobbit: An Unexpected Journey stood at $39m (£23.8m) but it’s worth noting that it had one extra day on Smaug. Week-on-week drops are comparable with Journey dropping 37% and Smaug 42%.

Given the global publicity blitz and its five-day opening, Paramount might be disappointed that the return of Burgundy didn’t garner the top spot but can still be pleased with Anchorman 2: The Legend Continues’ healthy UK start.

Anchorman 2 has already out-grossed its predecessor’s $2.5m (£1.5m) UK result and could prove savvy counter-programming by Paramount over the festive period with no direct competition opening on Boxing Day.

Comparisons are tricky, but the start is solid given it saw off fellow family competition The Harry Hill Movie and Moshi Monsters: The Movie. Christmas should be fruitful.

The Hunger Games: Catching Fire has become the fifth film in the UK this year to cross the £30m mark.

Lionsgate’s well-received sequel is up to an estimated $49.4m (£30.2m) after five weeks in play. It should shortly overtake Monsters University’s $50.1m (£30.6m) UK haul to become the fourth biggest hit of the year to date.

Universal’s All is Lost receives a wide release, while Vertigo’s How to Make Money Selling Drugs is among the films receiving a limited release.