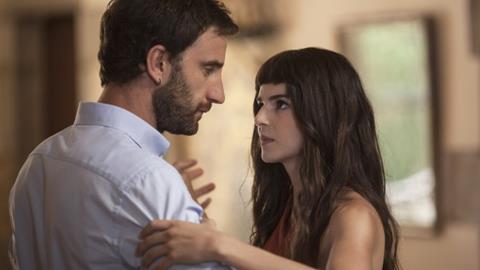 Romance remains in the air between Spanish audiences and Spanish Affair 2 (Ocho Apellidos Catalanes), which fought off competition from The Hunger Games: Mockingjay - Part 2 to remain top of the local box office.

The Universal Pictures International Spain charge had already become the biggest local-language film of the year in Spain through its first week after taking $11.6m (€11m) - 72% of the weekly box office.

The film stood its ground this weekend against Lionsgate’s The Hunger Games: Mockingjay - Part 2 - released locally by eOne Films Spain - with Spanish Affair 2 adding more than $5.6m (€5.3m) to its haul.

Over its second weekend, the finale of The Hunger Games saga dethroned the film briefly on Friday (Nov 27), but tables were turned on Saturday and Sunday with Spanish Affair 2 taking the top spot once more from its rival, which grossed an estimated $3.9m (€3.7m).

After nine days, the film usurped US blockbuster Fast & Furious 7 to rank as the fifth biggest release in Spain so far in 2015 behind Minions, Jurassic World, Inside Out and Fifty Shades Of Grey.

Directed by Emilio Martinez Lazaro and produced by LaZona Films, Weather Films AIE for Telecinco Cinema, part of Mediaset España, the comedy, about a woman (Clara Lago) who falls in love with a Catalonian but whose father (Karra Elejalde) has other ideas for her, includies tongue-in-cheek references to Spain’s regional dialects and stereotypes.

The first Spanish Affair focused on a witty Andaluz (actor and popular stand-up comedian Dani Rovira) falling for a not so playful Basque girl (Lago) to the point of travelling North and braving to meet her parents.

Speaking to Screen, producer Gonzalo Salazar-Simpson of LaZona Films noted that despite the fact that the film’s share of the box office for the second weekend has dropped 33% it has still managed to maintain a quota of 43% of the total. “It is not so easy when it comes to blockbusters,” he said.

The sequel’s campaign has been vastly different to the first film, which relied more decisively on word-of-mouth to climb the charts.

The second film has been “released as a blockbuster from the start”, said Salazar.