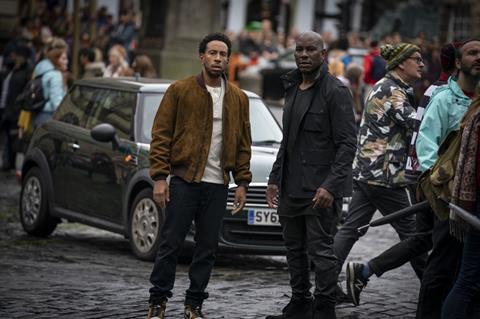 UPDATED: Universal’s long-awaited F9 delivered a $70m opening weekend in North America for the best three-day launch since the pandemic began, and climbed to the top of the global box office pile on $108.8m for a $405.6m running total.

In the highest three-day opening session in North America since Star Wars: Episode IX – The Rise Of Skywalker arrived on $177.4m in December 2019, the action tentpole earned $30m from 4,179 cinemas on Friday, and followed that up with $22.4m on Saturday, and $17.6m on Sunday.

The international arena, where the film played its sixth weekend in release, has generated $335m. Screen will report full results on Monday.

F9 was originally scheduled to open last summer before it was pushed back to April 2 of this year, then May 28, and finally June 25 as studio executives opted to ride out cinema closures. More than 90% of US cinemas have reopened under capacity restrictions, while reports say roughly 80% of Canadian cinemas remain closed due to the pandemic.

Justin Lin directed the globe-trotting, latest entry in the $6bn Fast & Furious franchise, which had been forecast to open on around $68m. Diesel stars alongside Michelle Rodriguez, John Cena, Charlize Theron, Tyrese Gibson, Jordana Brewster, and Ludacris, with Helen Mirren and Kurt Russell.

Paramount’s A Quiet Place Part II, which two weeks ago became the first film since the pandemic began to cross the $100m milestone in North America, added $6.2m from 3,124 venues for a $136.3m running total after five weekends. Emily Blunt stars in the horror sequel, which remains the highest grossing US release under the pandemic.

Disney’s Cruella added $3.7m from 2,820 sites in its fifth weekend and stands at $71.3m. The origins story is available on Disney+ Premier Access.

New Line horror The Conjuring: The Devil Made Me Do It stands at $59.1m after four weekends through Warner Bros following a 42% drop to $2.9m, while musical In The Heights fell 47% to $2.2m in its third session for $24.2m. Both titles are available on HBO Max.

AMC Theatres reported its biggest weekend since the chain closed its venues in March 2020, with some two million customers at its US sites from Thursday to Sunday.