Brits line up against Avatar

There is much to relish for the UK film industry in this year’s Bafta nominations, and voters generally prefer to recognise homegrown talent. Allan Hunter looks at the early frontrunners - and those shut out 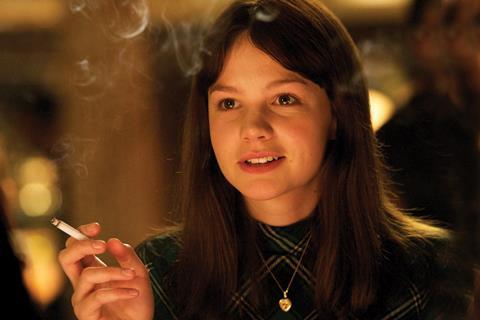 This year’s Bafta nominations feature a healthy range of candidates winning recognition in multiple categories including The Hurt Locker, Up In The Air, District 9 and Inglourious Basterds. In the eyes of the local media, however, the awards have already been simplified to a contest between the plucky local underdog, An Education, and the US heavyweight, Avatar. In many respects it is a rematch of the David and Goliath contest between James Cameron and the indomitable might of the British film industry. Twelve years ago Titanic received 10 nominations and lost in every category as The Full Monty became the success story of the evening.

Bafta voters’ enthusiasm for home-grown talent can never be taken for granted but the eight nominations for An Education make it the UK film of choice and place best actress candidate Carey Mulligan in the ideal position to join previous local acting winners including Hugh Grant (Four Weddings And A Funeral), Jamie Bell (Billy Elliot), Judi Dench (Iris) and Imelda Staunton (Vera Drake).

None of those performers went on to win the Oscar, confirming there is a clear British dimension to the Bafta awards. But what is most intriguing about the nominations is the way they reflect the general consensus about the year’s best films rather than striking out in unexpected directions.

“Best director nominations for Lone Sherfig and Kathryn Bigelow have given an unprecendented feaml presence in the category.”

There is no wild enthusiasm for The Road or Nine, no best actor nomination for Vincent Cassel (Mesrine parts one and two), no best director nod for Michael Haneke (The White Ribbon) and nothing at all for Ken Loach’s Looking For Eric.

There is plenty to savour in a record-breaking 13th nomination for Meryl Streep (Julie & Julia) whose only previous victory remains as best actress for The French Lieutenant’s Woman almost 30 years ago. Saoirse Ronan’s best actress nomination (The Lovely Bones) at the tender age of 15 makes her the youngest ever candidate in this category and the best director nominations for Lone Scherfig (An Education) and Kathryn Bigelow (The Hurt Locker) have given an unprecedented female presence in a category only previously graced by Jane Campion.

Some UK talent passed over

Many UK favourites have been overlooked, from Helen Mirren in The Last Station to Michael Caine in Harry Brown, Judi Dench in Nine and the brilliant Peter Capaldi in In The Loop. Andy Serkis’ best actor nomination for portraying Ian Dury in sex&drugs&rock&roll is all the more impressive but the absence of so many UK contenders might give ammunition to those who persist in their belief that Bafta should restrict its awards to British talent.

This also appears to have been the year Bafta voters fell out of love with the costume drama. In the past, Bafta has eagerly embraced the virtues of A Room With A View, Shakespeare In Love, Atonement and many more. On that past record who could have predicted Bright Star, The Young Victoria and The Last Station would emerge with just a smattering of secondary nominations.

One other point that is clear from this year’s nominations is that Bafta voters generally appear to have short memories. Star Trek, Chéri, Gran Torino, The Damned United and Il Divo were all released in the first half of 2009 and clearly failed to linger in the consciousness of voters. The makers of An Education, distributed by E1 Entertainment in the UK, must be applauded for nurturing the film from its Sundance buzz last January through festival appearances at Toronto and London to its eventual UK release in October. Apart from casting Mulligan in the lead role, it may have been their wisest move.