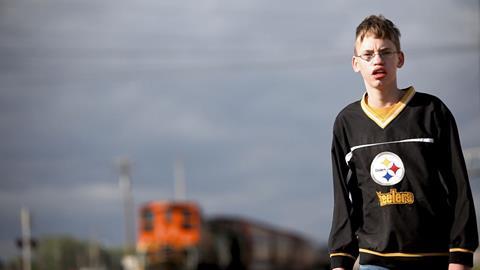 The documentary Bully arrives in cinemas after much hullabaloo — it initially received a restricted rating from the Motion Picture Association of America due to the presence of a handful of curse words, sparking a social media campaign embraced by many celebrities — again confirming the marketing prowess of Harvey Weinstein. After unsuccessful attempts to reclassify the film as PG-13 Stateside, the mogul’s distribution company, the Weinstein Company, is releasing the movie unrated, and the AMC Theatres chain is allowing minors with a note from their parent or guardian to see the film — a reflective and affecting but still flawed cinematic entreaty which inveighs against teen-on-teen harassment.

For every illuminating interview tidbit, Bully also seems to miss an opportunity to dig a bit deeper, psychologically.

The Weinstein Company hopes to leverage all the publicity generated by the fight over the film’s rating battle into modest seven- or even eight-figure returns. A limited big city release this week will give way to platform expansion, but Bully’s impact will likely still most be felt in ancillary markets, as a compelling adolescent/social issue snapshot, and an evergreen nonfiction educational resource for fostering better outreach and communication amongst teenagers.

The movie, formerly titled The Bully Project, charts five kids and their families over the course of a school year. Two, the Longs and Smalleys, have lost children to bullying-related suicide after years of unchecked psychological harassment. A single mother copes with the fallout from her daughter taking a loaded handgun on a school bus to confront her tormentors, while a rural Oklahoma teenager finds herself a pariah after coming out as a lesbian. Most distressing are the circumstances of 12-year-old Alex Libby, an awkward, shy Iowa middle schooler who has come to internalise the taunts, punches and violent threats against him as the actions of his only “friends.”

Bullyis constructed to elicit emotional response, for sure, and there’s an agonising poignancy to some of its pedestrian eloquence (“My child will always be 11,” says the father of one teen who took his own life) which outstrips most scripted heartbreak. Also jaw-dropping are a couple sequences in which adult administrators seem to be lacking in the proper methodology and follow-up for teens who have done the right thing, and reported their habitual abuse.

Yet some of Bully’s moments also feel incredibly posed. Hirsch aims for an unexpectedly impressionistic and artistic telling visually, leaning on interstitials of clocks, battered lockers, scattered birds and the like to try to hint at disquiet lurking in some of its subjects. This works, but only to a point, as it sacrifices time and space for crucial further contextualisation.

For every illuminating interview tidbit, as when a mother articulates the unknowable divide between parent and child, and additional moment of discerning remove — as when Hirsch lingers on a near catatonic Alex, allowing an audience the possibility of contemplating a seething future rage — Bully also seems to miss an opportunity to dig a bit deeper, psychologically.

Mostly, though, it would have been instructive to elicit some explanation of mindset from those actually doing some of the bullying, to underscore the ineffectiveness and socially unacceptable nature of this behavior. One youngster speaks about this in passing (how he used to bully kids in second grade, but then realised in third and fourth grade that it “wasn’t cool”), and it’s kind of funny and moving at the same time. Unfortunately, Bully crucially misses the chance to show that this kind of acting out stems from its own type of trauma, and that roles are often flipped later in life — with victims becoming victimisers, certainly emotionally if not physically.