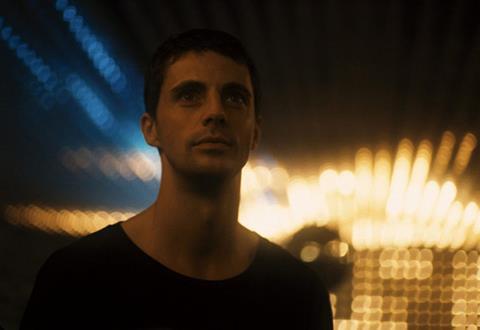 Burning Man, a combustible Australian drama, begins explosively, with an eye-opening car crash — complete with flying vegetables and seafood — and a quickly edited jigsaw puzzle of a first act. Skipping and hopping around in time, from sex acts to yelling on cellphones, the film propels hurriedly along, forcing the viewer to piece short scenes and relationships together in a way that falls just short of incomprehension. Eventually, the rapid-fire pace slows, revealing a more conventional, though still compelling story about disease, survival and grief.

The film’s ultimately bleak subject matter will likely limit wider theatrical exposure, but strong performances and a kinetic storytelling style establish Teplitzky as a director to watch.
British actor Matthew Goode appears in just about every scene as Tom, a sexy chef with a short temper and an intense stare. He’s as fiery as the flames in his kitchen, wielding chickens across the room and recklessly driving his white Volkswagen around the streets of Sydney’s coastal suburbs.

In a performance that should garner plenty of attention during Australia’s awards season, Goode delivers on a wide expanse of emotions, from fury to tenderness to overwhelming sadness. The actor’s magnetic screen presence helps carry the picture, particularly as it veers towards more melodramatic terrain.

As Tom’s wife, Sarah, Serbian-born Australian actress Bojana Novakovic holds her own against Goode’s buoyant personality, also traversing an expansive emotional terrain. Scenes flash forward and back in time, with Novakovic credibly exuding seductiveness in one moment and enormous suffering in the next. In an enormously affective scene, a slow and simple walk across the family living room is loaded with pain and helplessness.

But as the film unfolds, and the source of Tom’s bad-boy actions become increasingly clear, Burning Man loses its initial urgency. And yet, the more straightforwardly played—and edited—sequences of the couple’s increasing tensions come across with an emotional honestly.

For the most part, Teplitzky avoids sentimental traps, often defusing scenes of high-tension with slightly off-color jokes or uncomfortable laughter. Surprisingly, for example, an impromptu stand-up routine, involving Tom’s eight-year-old son (a fine Jack Heanly) and a joke about a man with five penises, yields a considerable amount of pathos. In this way,

Burning Man gives new heat to the disease genre. But the film can’t entirely transcend its material: the film’s concluding moments, in particular, indulge in a heavy-handiness that much of the rest of the film smartly eschews.

Also a commercials and music video director, Teplitzky uses his technical proficiency to strong affect here, keeping the visuals popping, particularly in the first half, and also letting the actors do their work in a largely still frame during the film’s quieter moments.