Talking to Screen in Cannes, the European commissioner said that there had been scaremongering around the issue. 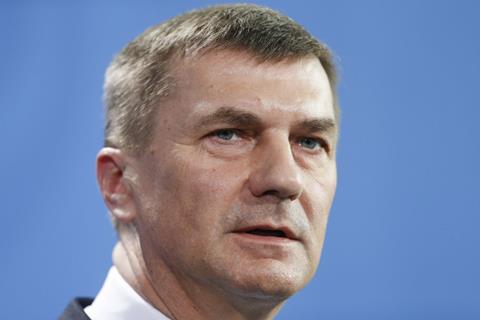 As uncertainty continues to dog the European film industry about proposals for the Digital Single Market (DSM), EC commissioner Andrus Ansip has sought to reassure the industry.

The former Estonian Prime Minsiter, now serving as the EC’s vice-president for the DSM, told Screen here in Cannes: “The principle of territoriality has to stay. It is important, especially for smaller producers.”

Territoriality is the long-established practice of films being licensed and released on a country by country basis. The fear conjured up by DSM proposals was that as soon as a film was available digitally in one European country, it would be available everywhere else too.

Ansip suggested there had been scaremongering over the issue in Cannes last year when the Commission launched its digital market strategy.

“A year ago in Cannes, people here were pretty afraid about the principle of territoriality,” he recalled. “Too many people, filmmakers, took defensive positions at the very beginning.”

The Commissioner again talked of the importance of ensuring “portability” - the idea that EU consumers should be allowed access to their digital content even when travelling to other countries.

“At the same time, we also have to make it easier to clear rights for our people to get cross-border access to some really valuable movies for our people from some other countries,” added Ansip.

At the same time as he offered reassurance to the film industry, Ansip insisted that the principle of the DSM remained “extremely important”.

“Twenty years ago, we were able to tear down those barriers dividing our member states and everybody benefited from this single market,” he said.

“But, I am sorry to say, in the physical meaning, we have a single market in the European Union but a digital single market does not exist. Instead of a single (digital market) with more than 500 million healthy customers, we have 28 relatively small markets.”