The biggest deals of this year’s Cannes Marché du Film and how the Competition titles sold throughout the festival. 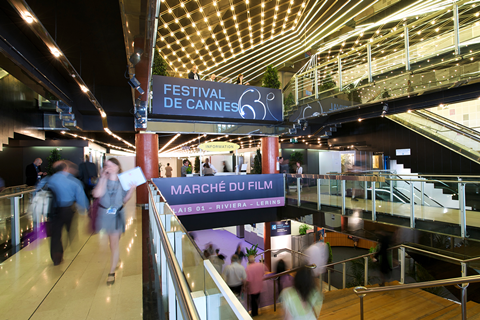 Behind the glamour of this year’s Cannes Film Festival, business was booming at the Marché du Film (May 13-22), with representatives from 120 countries in attendance - up four on 2014.

A total 3,300 films were on offer this year, around 1,000 at the project stage, with an estimated 11,000 film professionals in attendance, in line with last year.

In the opening days, Marché chief Jérôme Paillard told Screen: “Acquisition agents are telling me that it’s the first time in a number of years that there are so many big projects. I’ve been told there are around 50 high profile projects on offer.”

Open Road paid around $4m for US rights to boxing drama Bleed For This, starring Miles Teller. [Story]
A further multi-territory deal was signed with Sony Pictures Worldwide Acquisitions. [Story]

eOne’s Seville International announced key territories on Xavier Dolan’s It’s Only The End of the World (Juste la fin du monde), including deals with the UK, Italy and Japan. [Story]
Further deals were announced later in the market. [Story]

Alchemy picked up Gaspar Noe’s Love for US. [Story]

A24 secured US rights to Trey Edward Shults’ Krisha (Critics’ Week) as well as his next film. [Story]
StudioCanal also acquired Krisha for the UK. [Story]

A24 picked up US distribution to Atom Egoyan’s Remember and Bryan Bertino’s There Are Monsters, starring Zoe Kazan. [Story]

Action-adventure Turbo Kid was sold to several territories including Lionsgate for the UK. [Story]

WWE Studios and Gene Simmons’ Erebus Pictures joint venture struck a sales deal with Voltage Pictures, who were in Cannes talking up the pipeline. [Story]

Official Pope biopic Francis: Pray For Us was sold to France, Italy and South Korea. [Story]

Marc Butan launched MadRiver Pictures to develop, finance and produce three to four films a year in the $15m to $50m range, including Liam Neeson’s A Willing Patriot. [Story]

Sierra/Affinity hailed the company’s best market ever after completing key sales on Shot Caller, A Willing Patriot and Comancheria, among others. [Story]

Broad Green acquired The Infiltrator, starring Bryan Cranston, for the US. [Story]

Pure Flix scored a raft of sales on faith-based film Do You Believe? [Story]

StudioCanal snapped up UK rights to the upcoming adaptation Swallows and Amazons from HanWay Films. [Story]

eOne boarded Ricky Gervais’ Life On The Road, featuring his David Brent character from The Office, and will distribute in the UK, Australia and New Zealand. [Story]

Ealing Studios Entertainment gets a new owner, Ben Latham-Jones, who launched a slate at Cannes. [Story]

Metrodome took Sundance title The Overnight for the UK/Eire. [Story]

Devilworks sells Black Mountain Side to 101 Films for UK. [Story]

Un Certain Regard winner Rams was herded to a raft of territories. [Story 1] [Story 2]

Distrib Films acquired In The Shadow of Women (Directors’ Fortnight) for US. [Story]

NonStop Entertainment picked up Nordic rights to doc Ingrid Bergman - In Her Own Words (Cannes Classics) and An (Un Certain Regard). Other acquisitions included Three Generations, James White, Our Last Tango and more. [Story]

Ingrid Bergman - In Her Own Words sold to a further five territories including Italy, France and Japan. [Story]

Kung Fury (Directors’ Fortnight) to be handled by VoD distributor Under the Milky Way. [Story]

Claudia Lorenz’s What’s Between Us (Unter der Haut) acquired for release in Germany and Austria. [Story]

Peter Greenaway’s Eisenstein in Guanajuato sold to France, Italy, the US and more. [Story]

IM Global picked up international rights outside the US and SE Asia to Chinese action comedy Hollywood Adventures, produced by Justin Lin. [Story]

Korea’s Contents Panda signed a raft of deals on Lee Byeong-heon’s Twenty, including the sale of Japanese rights to NBC Universal Japan. [Story]

China’s Fundamental Films is extending its output deal with Luc Besson’s EuropaCorp and will invest up to $50m into Besson’s Valerian, starring Dane DeHaan and Cara Delevingne. [Story]

Colombian producer Cristina Gallego, in Cannes with Embrace of the Serpent (Directors’ Fortnight) revealed details of her upcoming projects including Sister Of Mine and Bird of Passage. [Story]

Ali Mostafa teams with US producers for The Worthy. [Story]

Palme d’Or winner was sold to more than 20 territories ahead of its victory. [Story]

Alchemy took US distribution rights. [Story]
Picturehouse Entertainment and Element Distribution are to jointly distribute in the UK and Ireland. [Story]

The Measure Of A Man (Fr)
Dir Stéphane Brizé
MK2

The Sea Of Trees (US)
Dir Gus Van Sant
Bloom

Worldwide sides were made for the Grand Prize winning Holocaust drama, including the US [Story]
Curzon Artificial Eye acquired for UK. [Story]