Fresh from the completion of TV drama The Mentalist, Simon Baker made a swift stop-over in Cannes to discuss his next big feat - the directorial debut of Breath. 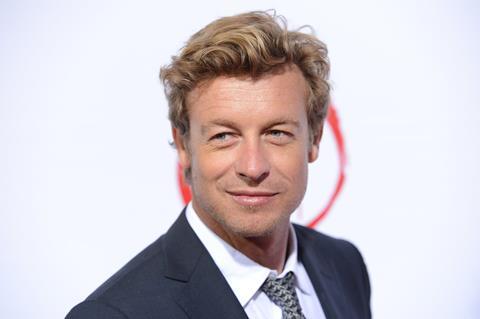 Currently in pre-production, the film is based on Australian writer Tim Winton’s book of the same name that chronicles the lives of two teenage thrill-seeking boys who form an unlikely bond with reclusive older surfer (Baker) and his mysterious wife.

Referring to it as a coming-of-age story that intertwines the complexities of being a parent - Baker gives credence to having two teen-age sons and a 21-year-old daughter as the best research for the project. He says, “There is a fine line between being a parent and a friend, and it is these subtleties that I want to focus on.”

The actor also credits Hinton’s novel as a driving force for pushing him to finally taking the auteur reigns - something he has wanted to do since starting off in the entertainment industry.

Using Hinton’s accurate descriptions of life growing up in Oz to the subtleties in detailing adolescent growing pains, he envisions a film that is “nimble, fluid in style and having a natural feel with the use of non-actors.”

“It’s been an incredible experience auditioning actors from all around Australia. We’ve placed ads on social media, and it’s been amazing what kind of response there’s been. There is such raw talent out there, and we’re excited to tap into that.”

Previously, he has directed episodes of television series The Guardian, in which he starred from 2002-2005, and several episodes of The Mentalist, helping to give him an understanding of how the collaboration process works.

“Working in television has been like film school to me. For each of the episodes I directed for The Mentalist, I always tried to do something different. And working as one of the show’s producers, I involved myself as much as I could in the overall production process - particularly the sound and editing side.”

While he also credits himself as a recreational film-maker and photographer - spending hours in self-built dark rooms or splicing together super 8 films with VHS tapes - he admits however that “working on the financing and early production stages of a film is all-consuming, and like nothing I’ve ever done before.

“It’s a challenge I’m eagerly stepping up to, but certainly not as simple as being given a script and then acting it out.”

The film has been financed through Screen Australia, Screen West and Arclight, and has an estimated production start date for autumn of this year.