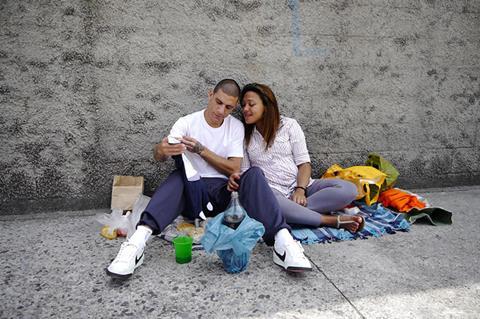 An absorbing and thoughtful documentary, Joana Nin’s Captive Hearts (Cativas – presas pelo coracao) tells the stories of seven Brazilian women in love and in relationships with men who are in prison. While free they are  - after a fashion - prisoners of their love for these prisoners.

These are strong and determined women who may view their partners through rose-tinted glasses, but are all united their dysfunctional marriages and relationships.

Though familiar in structure and offering no real in-depth analysis of just why these women are so in love with their men, the film astutely follows the women as they talk about how they met their partners and just what the process is as they prepare for prison visits. The film premiered at the Rio International Film Festival.

The seven women – Andrea, Canita, Simone, Cida, Malu, Elaine and Kimla – all have different relationships with men in prison. Some are young and in the early stages of their relationships, while others are older and have stayed loyal to their men for years. They are united in a rather romantic notion of love…but one reflected (at times) by some of the prisoners, who are filmed writing and drawing love letters to their women.

The women are filmed preparing basket loads of food for the prisoners – all food has to be in clear plastic bags – and heading off to the prison where they must all dress in a certain way, and have to be strip-searched before they can spend time with the men.

The film never really delves into just why they are so loyal to their men, but they are united in a belief that the prisoners are reformed. These are strong and determined women who may view their partners through rose-tinted glasses, but are all united their dysfunctional marriages and relationships. Their universe is glimpsed through a series of emotional statements, letters lovingly adorned by their men and privileged access to the couples’ intimate moments…even as they head off for a much-longed form conjugal moment.