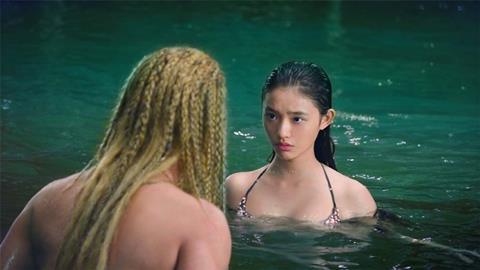 China’s box office reached RMB45.7bn ($6.6bn) in 2016, an increase of just 3.7% in local currency terms, according to figures from the State Administration of Press, Publication, Radio, Film and Television (SAPPRFT).

As the Chinese yuan weakened against the US dollar during 2016, the year-end result was actually a decline in dollar terms, with combined box office of $6.6bn in 2016 compared to $6.78bn in 2015.

Until 2016, growth at the Chinese box office had averaged more than 30% annually for several years and in 2015 receipts increased by 48.7% compared to the previous year. The 2016 results make it unlikely that China will overtake the North American box office any time soon.

Stephen Chow’s Chinese New Year release The Mermaid was the top grossing local film and retains the record for the highest-grossing film ever at the Chinese box office. While Zhang Yimou’s The Great Wall, which opened on December 16, had not entered the top ten by December 31, it has since overtaken The Jungle Book to rank at number ten with a gross of $151.83m by January 2.

SAPPRFT also said that China has become the country with the most film screens in the world, overtaking the US with 9,552 new screens in 2016, for a total of 41,179.

Many reasons have been given for the decline in growth, including China’s economic downturn, the end of online ticketing subsidies in the fourth quarter of 2016 and government attempts to crack down on box office fraud. Several companies have been fined over the past year for overstating receipts or arranging ghost screenings to give the illusion of box office success.

Other factors include the lacklustre line-up of local films and the fact that Chinese audiences are price sensitive and learn quickly – they are reluctant to pay an average ticket price of $4.7 (RMB32.9) to watch a bad film.

Speaking to Chinadaily, screenwriter and author Liu Zhenyuan said: “We may have more screens and a bigger market, but we also have more movies that are dumbed down and brainless. Audiences are going through a change. They are less willing to buy tickets to movies with only visual spectacles and all-star casts.”

Liu wrote the novel that one of the year’s more critically-acclaimed movies, Feng Xiaogang’s I Am Not Madame Bovary, was based on. The film grossed $68m and was at the centre of a row between Feng and exhibitor Wanda Cinemas over whether it had been denied access to screens.

As 2017 gets underway, the release slate of imported movies includes Rogue One: A Star Wars Story on January 6 and both Passengers and UK thriller Eye In The Sky on Jan 13.

Rowan Atkinson will also be making an appearance on Chinese screens over Chinese New Year in Kai Leung Lai’s Top Funny Comedian: The Movie, an adaptation of a popular Chinese variety show, in which he stars alongside local comedians Guo Degang and Yue Yunpeng.