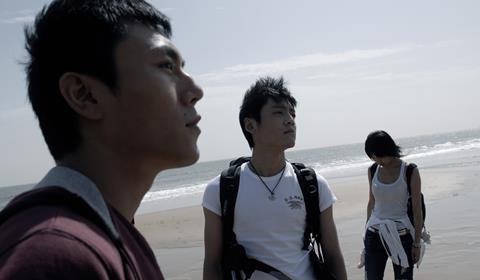 Not so much a whodunnit as a whathappened, the tenth feature by mainland Chinese director Wang Xiaoshuai (Beijing Bicycle Shanghai Dreams) traces an absent father’s attempt to discover the circumstances behind the police shooting of a son he abandoned fifteen years previously.

A strong performance by Wang Xueqi as the father provides emotional ballast but fails to make up for the glacial pacing of the drama; and although there are some effective emotional tugs and an evocative use of the film’s dirty industrial city setting, the audience’s investment in the slowbuild structure is never paid back in full.

Wang’s films are virtually invisible in China, and while there is little except its portrayal of disaffected youth to trouble the censors in Chongqing Blues, its resolutely arthouse target means it is unlikely to be an exception. Elsewhere in the world continued festival action is likely after the film’s Cannes competition berth, and theatrically it may just add a territory or two to the pair (France and Greece) notched up by the director’s previous, the high-concept but low-tension leukaemia drama In Love We Trust.

Chongqing is a big, ugly river-port city in Sichuan province. Dop Wu Di’s atmospheric camerawork presents it as a reticent, unromantic place, offering grey skies and walls of dirty concrete (in the city) or rusting metal (in the shipyards) to the inquiring eye.

And reticence, not to say downright hostility, is what weathered ship’s captain Lin Quanhai (Wang Xueqi) encounters at every turn as he tries to find out what happened to his 25-year-old son Lin Bo (Zi Yi), news of whose death reached him six months after the fact, on his return from a long sea voyage.

His former wife Yuying (Li Lingyu) refuses to let him in, but from some old newspapers she throws at him, Quanhai discovers that Bo was shot by police after stabbing two people in a supermarket and taking a woman doctor (Li Feier) hostage.

Bo’s best friend, Xiao Hao (Qin Hao) initially refuses to tell Quanhai anything, but agrees to enlarge and print the only photo the father can find of his dead son - a still from the CCTV camera footage of the supermarket incident. There’s a poignancy here as Quanhai contemplates the blurred and pixellated face of the 25-year-old Bo, who he last saw when he was 10; the not-so-hidden subtext is that the father’s investigation is actually an attempt to build some kind of rapport with a son he never knew, and assuage the demons of guilt.

But although all this is there for the reading in the twitches of Wang Xuegi’s impassive face the director never quite seems confident that we’ve got the message, repeatedly flogging the delicacy out of the pixellated-portrait metaphor.

And although some of the meetings the stubborn father forces on friends and witnesses in the course of his quest are affecting, they also have a plodding inevitability about them: it comes as something of a relief to finally meet the policeman who shot the fatal bullet after ticking off the supermarket guard, the girl who was stabbed, the doctor who was taken hostage and the girlfriend whose dumping of Bo triggered his cry for help.

Emotionally, the film is no less linear, moving from tight-lipped closure to something very close to sentimentality (underlined by sparse string melodies that become more insistent and weepy towards the end) as the father discovers that his lost son was obsessed with him, and the sea.

As a film about fathers and sons, Chongqing Blues has some resonance. The film is also chock-full of images of passage and change: the river that flows down to the sea where two key scenes are set; the rusty cable car that connects port and town; shopping mall escalators, monorails, motorway ramps and bridges: all connect with the constant movement that is Quanhai’s career, and also, until he begins questioning it, his life strategy. But the slight, mushy story, and the overly pretty actors cast in the three main youth roles, are not really up to the task of carrying what would otherwise be a stimulating symbolic load.