The director behind City Of Dreams: A Musical, which received its world premiered at Sheffield Doc/Fest on Sunday, on why he uses song and music in his documentaries. 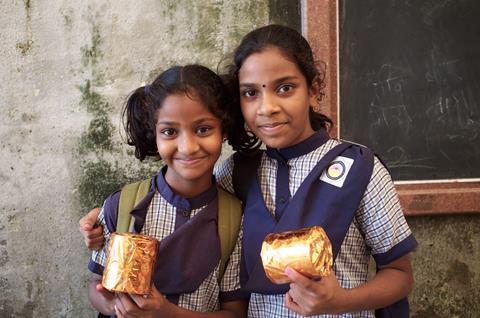 If you walk through London’s West End of or take a stroll down Broadway in New York you will see any number of musicals on offer. Historians of human culture will tell us that people have been telling stories through song for thousands of years.

For some time now I’ve been using song and music to tell stories through documentary; beginning with Drinking For England, and from there to Feltham Sings, Songbirds, Pornography The Musical and and most recently, City Of Dreams.

There are lots of reason why I return to this form.

The first is something to do with the relationship between filmmaker and subject. In a musical, the people in the film become creative collaborators, they have a strong input into the shape and the tone of the film.

Another reason is to do with the relationship between subject and audience.

You may be a terribly right-on, left-leaning, sympathetic type of person, but when you see a young man locked away in prison for car-jacking and armed robbery, and listen to him talking, it’s very easy to define him by his crimes.

But when you see that young man singing about his life, it’s equally easy to see that he’s more than those crimes, that he has a creative impulse that could possibly be nurtured.

Or when, in City of Dreams, you see a kid living in the most terrible conditions in a slum, your natural instinct (and a good one) is to feel sympathy.

See that same kid belting out a specially written song and you can still feel sympathy, but you might also recognise the raw talent that might take them out of the slum and into a better life.

You might also just attract a different audience to a film by using different techniques such as music.  Ho hum, another documentary set in a young offenders’ prison, I’ll give that a miss.

Hold on, it’s a musical, I might watch that.  Feltham Sings attracted a young audience who might otherwise not have bothered.

And why not make a documentary musical?  It seems to me that a lot of documentary makers are stuck in one way of doing things, usually the observational way.

Of course there are great observational docs, but let’s not deny ourselves the opportunity to tell engaging stories using all of the techniques we can.

Not every film I make is a musical, but I’m sure it is something I will keep on returning to (as long as people will give me money).

Sometimes, with carefully written lyrics you can get very quickly and effectively to the heart of a story and provoke an emotional response in an audience.

A question I often get asked is whether any subject is suitable for a musical. I’m not sure whether you can get people singing and dancing in every situation – but I’d love to make Death Row the Musical, or NHS the Musical.

Brian Hill is the co-director of City Of Dreams: A Musical, which received its world premiere at Sheffield Doc/Fest on June 12