The filmmaker explores the moral grey areas of making powerful documentaries ahead of Sheffield Doc/Fest. 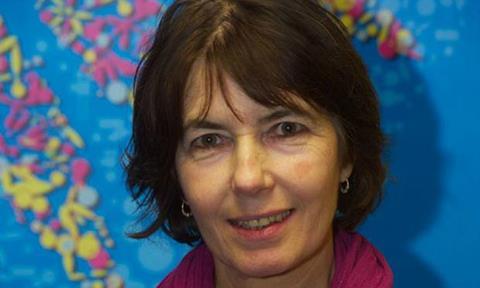 In film-making, as in life, I find it hard to have a definitive ‘code of conduct‘.

Sometimes events happen so quickly that you have to act on instinct. Are those screaming kids mucking about or is someone getting hurt? I’ll often see both sides of an argument and that complicates things.

That’s why I like films where you keep changing your point of view. It’s also why I try to make films that explore a subject, encouraging the audience to make up and change their own mind.

In the same way, I don’t think there are any easy answers for what’s right and what’s wrong. The only way to decide what you should and shouldn’t film is to take it case by case.

I remember first considering this when I read an article about the photographer Don McCullin. He said that during the Biafra famine, even though he knew his photos were necessary, that he was a witness, he was also aware of just taking a photograph of a starving child and doing nothing to intervene. He said he might never fully recover from it.

There have been times when I have felt bad about filming something but, at the same time, determined to keep going. An example of this was in my doc Rough Aunties.

The people we were filming called us to go down to the river, where we discovered that Sdudla, one of the women we’d been filming, was utterly distraught because her young son had just drowned.

It had happened before with many other children in that community. A company was illegally excavating sand and would leave large pits in the riverbed. When children tried to walk across, they fell into these pits and drowned.

Sdudla was crying and other women were holding her. Her child’s small body was on the river bank. Our sound recordist said: “We shouldn’t film this.”

She was someone I’d worked with for a long time, a good friend, and I completely understood why she felt we shouldn’t film, as it feels a kind of betrayal to film someone in their worst possible moment.

At the same time, they had asked us to come there not as friends, but as the people who were filming their story. It seemed important to capture this terrible event. There wasn’t anything we could do to save her child, so I continued filming.

At the moment, I’m making a film about Letizia Battaglia, who took photographs of Mafia victims. She wanted to be a defiant witness to the brutality and ruthlessness that organized crime was inflicting on her community.

The photographs are astonishingly graphic but they also, strangely, have a kind of heart-stopping beauty. You can sense the resolve of the person behind the lens, a kind of clear-eyed reckoning of unpunished crimes. She is standing up to the bullies and showing great courage to reveal their cowardice. She’s my hero for doing that.

I suppose one way to try to solve the ethical trap is to hand the camera to the people in the films. A film I wish I had made is Keo’s Exodus: Our Journey To Europe. I thought it was absolutely beautiful and an extremely brave thing to commission, as it was a huge risk and so much could have gone wrong.

But you can’t do that all the time. As a film-maker there’s no point in tackling a subject if you’re not prepared to film it. As an activist doctor told me before we filmed a young girl’s circumcision: “We mustn’t pretend it’s not happening. We can show it for what it is: torture, not tradition.”

Kim Longinotto is responsible for films including Hold Me Tight, Let Me Go, The Day I Will Never Forget and Dreamcatcher.