Creative England CEO Caroline Norbury suggests documentary filmmakers should hit upon a subject matter or story that has the potential to impact society - and how her organisation is working to support the filmmaker’s vision. 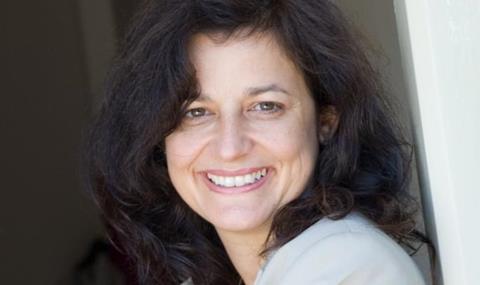 Documentaries continue to be one of the principle ways for stories to reach a broad audience and touch that audience in a way that fiction often cannot.

Filmmakers have always sought to tell stories that have impact on the global stage, but frequently funding for these stories is restricted to a smaller and smaller number of players who have very particular and specific requirements relating to their brand, the politics of their proprietors/owners or their revenue generation targets.

In many ways, making documentaries – particularly for theatrical release – is the pinnacle of risk in filmmaking.

The process of making documentary is obviously entirely different – in many cases, when we start a conversation with a filmmaker looking for our support, we won’t have anything as fully fleshed out as the sort of treatments and scripts we have with drama.

Often the producer and/or director will have huge ambitions but those ambitions will rest on whether they can get the access they want, convince participants and assemble evidence.  Frequently what you’re backing is your instinct that he/she/they have the chutzpah to pull their idea off.

Indeed, the captivating story you are all hoping for may not be there at all – but as we know the pay-off can be extraordinary. And by that I mean the pay-off in terms of impact and frequently social change.

Just look at how An Inconvenient Truth increased global awareness of climate change; or the extraordinary canon produced by Michael Moore who has single-handedly scrutinised every aspect of modern America; or closer to home the heart-rending documentaries of Clio Barnard; Franny Armstrong; Lucy Walker; Penny Woolcock and Carol Morley.

As is common with most things in life, who you know and where you live and work has a huge impact on your ability to get your project funded.

What we are aiming to do is much simpler – to support the filmmaker’s vision and in particular to try to level the playing field so that filmmakers who want to live outside the capital have a team batting for them – giving them a bit of support to help them realise their vision.

And importantly our purpose is to take the risk on those voices that otherwise would not be heard or stories that would not get seen.

My favourite example perhaps is the filmmaking team behind the documentary One Mile Away – the award-winning feature directed by Penny Woolcock and co-funded by Creative England and Channel 4.  The film documented the attempt to bring an end to the 20-year war between two Birmingham gangs.

The team who initiated and worked on the documentary went on to establish a social enterprise and now work with young people in the community to prevent violence and criminality.

Simeon Moore, founder of the One Mile Away Social Enterprise, has said: “Once Creative England decided to support the film, along with Channel 4, it meant that some serious work on the streets could be done.

“This included mediation between gangs, filming and organising what would be the end product of the film, which is a social enterprise run by former gang members that has helped reshape Birmingham.”

This longer-term impact is really what we should be measuring success on – not how much money a documentary makes, but what difference did it make?

In Birmingham gang violence halved in the year following the film’s screening. Of course, the idea of film impacting social change is not a new thing. When it first aired in 1966, Ken Loach’s Cathy Come Home was watched by a quarter of the British population, and the volume of phone calls it prompted crashed the BBC’s switchboard. The homelessness charity Crisis was set up as a result.

That is not to say that filmmakers have to become social change experts, but should they hit upon a subject matter or story that has the potential to impact society, that’s when relationships between filmmakers and funding partners can flourish.

From a filmmaker’s perspective, partners can bring expertise, contacts, marketing and communications assets, and credibility. When change requires public engagement or behaviour change, collaboration and powerful partnerships are essential.

Supporting UK documentaries is about reaching out to find new stories and voices; building and encouraging aspiration within local communities so that getting your voice heard can be a believable and achievable ambition.

And with that, the possibilities are endless.