How to navigate the defamation minefield of movie biopics 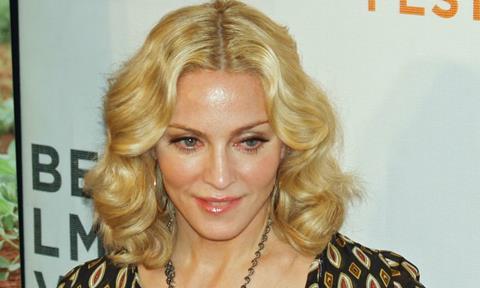 Included in last year’s Black List – an annual list of popular, as-yet-unproduced screenplays – was a biopic about Madonna’s early singing career. Elyse Hollander’s Blond Ambition was hugely popular amongst Hollywood development execs, and has now been picked up by Universal Pictures. However, one person is not a fan: Madonna herself, who has denounced the script as “all lies”.

Various media outlets have attempted to fact check the publicly available draft to see whether it contains any untruths. I will leave you to read through their findings, but it does springboard nicely into the topic of biopics as defamation battlegrounds, and how people involved in the creation and distribution of a film can limit their risks of a legal claim.

The general law on defamation

In the UK, a statement is defamatory if it would make reasonable people think less of the person whom the statement is about. There are two types of defamation: (1) libel, which is in writing or other permanent form; and (2) slander, which is typically spoken or another transient form. Although one might think that slander covers the dialogue in a film, as it is recorded (and therefore permanent) we are in fact concerned with libel only.

The person bringing the claim must be the actual person who has been defamed – other family members are not able to do so – and the claimant must show that:

a) the defamatory remark is about them;

b) they are identified in, or identifiable from, the remark; and

c) the words were circulated to a third party or parties.

Since the introduction of the Defamation Act 2013, there is also a de minimis requirement for the claimant to be able to show that publication of the defamatory statement caused or is likely to cause “serious harm” to their reputation.

The burden of proving the truth of the statement is then on the defendant(s) (more about who those might be below). It’s also worth bearing in mind that defamation is a strict liability tort, which means that ignorance is no defence – and neither is a genuine (but mistaken) belief that what is said is true.

Defamation in the context of films

Insurers will invariably require a production company to obtain script clearance reports before they sign off on insurance for a film, particularly if its content is remotely contentious. These reports flag any potential legal issues in a script (such as intellectual property infringement – which I won’t touch upon in this article – or defamation) which filmmakers can then address through script rewrites, creative decisions during production or in the edit suite.

Because defamation is a strict liability tort, everyone involved in the publication of the defamatory statement is theoretically liable to be sued, from the scriptwriter, through to the actors themselves, right down to the cinemas involved in theatrical release. However, in reality the likely (and most financially viable) targets are the producers or sometimes the distributors.

Those lower down the chain will usually have indemnities covering them, i.e. a contractual entitlement from the entity supplying the film to them to be reimbursed the cost of any defamation claim made against them.

Still, if a claimant does decide to go after everyone in the chain, the fact you may have an indemnity claim back up the line is scant reward when facing a libel allegation from a disgruntled subject because whilst you may eventually get reimbursed for the costs you incur from being sued, you’ve still got to deal with a claim being made against you.

So how do biopics get off the ground?

As biopics are about the lives of real people, they are by their nature more likely than other films – with fictional heroes and villains, or set in galaxies far, far away – to fall foul of defamation laws by identifying real people who may take issue with their portrayal. However, there are ways to mitigate the risks:

(a) Involve the person who is the subject of the biopic in the creation of the film. If you can get sign off from the person themselves, great! Since under UK law the only person who can bring a claim is the person the statement is about, getting them on board basically eliminates the risk (at least of defaming them; the script would still need to be checked for instances of defamatory statements against others). This doesn’t currently look like a promising route in relation to Blonde Ambition, given Madonna’s public comments.

(b) Make a film about someone who is dead. In the UK, you can only defame people who are alive. If the film is going to be distributed internationally, it is still important to consider if you need to check the defamation laws in other countries, but this is certainly one way to lessen the risk. However, this isn’t relevant in our example, since the Queen of Pop is still very much alive and kicking.

(c) Fact-verify. Even if the statement is defamatory, there are defences to a defamation claim. One (absolute) defence is truth. It is worth bearing in mind, however, that just because something has been reported as fact in the past, does not necessarily mean it is true. You need to be satisfied you can prove it to be true because, as I said, even genuine (mistaken) belief is no defence.

(d) If it’s not true, make sure it’s not defamatory. Remember that one of the conditions for defamation is that the statement is something that would make a reasonable person think less of the person in question, thereby likely to cause her serious harm. If it doesn’t do this, then even if the statement is untrue, it’s not defamatory. Would the statement that Madonna auditioned songwriters in a swimming pool, as shown in Blonde Ambition, be defamatory? Not really, because it’s hard to see how this would make reasonable people think less of her. It may be a bit quirky, but it’s not reputation-damaging.

(e) Take a commercial approach to risk. It is sometimes worth weighing up (with your insurers) the risk of being sued (how likely; for how much damages?) against the benefit of keeping a statement in the script or final film. Madonna has a lot of money and clout behind her, so it would be interesting to see the risk analysis in relation to Elyse Hollander’s script of the season.

(f) Get an indemnity. If you’re a cinema or someone else further down the chain, you can protect yourself to an extent by ensuring you’ve been given an indemnity against any defamation claims.