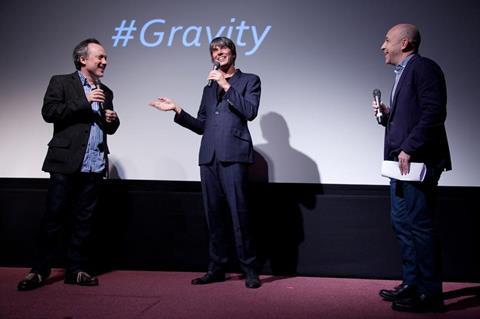 Ahead of the release of Gravity in the UK, science presenter Professor Brian Cox hosted a special screening in London’s Mayfair.