What terms must I include if I commission a screenplay from a writer? 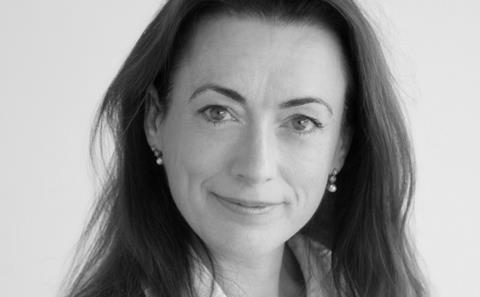 Unlike in the US (where the terms of the WGA union agreement prevail), UK screenwriting agreements tend to exclude minimum union terms. Producers and writers are therefore free to negotiate their own terms.  Here are some key issues for producers to bear in mind when negotiating screenplay agreements:

1. Script Fees: Script fees can vary enormously, depending on two elements. The first is the status of the writer and the number of screenwriting credits they have. The second is the source of development financing.  Where the production company is financing the development itself, the producer can often negotiate lower fees than when development financing is being cash-flowed to the producer by a studio or broadcaster. So if you are self-financing, do make this clear to the writer’s agent at the outset.

2. Writing Stages: Most screenplay agreements cover the commissioning of a treatment (i.e. a short plot synopsis and character breakdown), and two drafts of the script (with revisions). Always remember to ensure there is a right to cut-off at each writing stage, in case you are not happy with the material delivered and wish to proceed with a different writer instead.

3. Principal Photography Fee: This is usually around 2-2.5% of the net budget, after certain deductions (e.g.  completion guarantor fees, contingency, insurance premiums, deferrals, finance charges and legal/accountancy fees).  It is normal to include a ceiling and floor on this fee – the former gives the writer comfort that they will receive at least a minimum sum even for a micro-budget film, whilst the latter protects the producer if there is an unexpected increase in the budget (typically due to the attachment of an A-list actor). Always ensure that the script fees paid to the writer are applicable against the principal photography fee (including the ceiling and floor).

4. Rights acquired: Where the producer is commissioning/paying for the script, you can normally obtain an immediate and full assignment of all rights in the script throughout the world for the full term of copyright (including remake and sequel rights and stage rights which can be very lucrative).

5. Credit: Screenwriting credits can often be contentious where two or more writers work on the script. To ensure there is a formal, recognised procedure for resolving any credit dispute you should state that any dispute will be resolved according to the arbitration provisions contained in the Screenwriting Credits Agreement dated 1 May 1974 between the Film Production Association of Great Britain and the Writers’ Guild of Great Britain (or any subsequent modification thereof).

6. Net Profits: The Writer’s net profit share is typically around 2.5%. Always try and ensure that the 2.5% is calculated on the Producer’s share of net profits, rather than 100% of net profits, which can be a much higher sum.

7. Remakes/Sequels: If you are lucky enough to have a remake or sequel made of your original film, the writer will typically be entitled to 33% of the original principal photography fee for a remake, and 50% for a sequel.   These fees are payable on the first day of principal photography of the relevant film.

8. Warranties: These are promises and representations from the writer and are important to include, as they give you and your financiers assurance that the grant of rights in the script is valid and free of third party claims.

The above is a brief guide only, and writer agreements contain other terms a producer will need to consider. Ideally, you should involve a lawyer at an early stage, who will give you a good commercial sense of what is industry standard, as well as negotiate the deal terms on your behalf and prepare the  agreement, thereby saving you chain of title headaches at a later stage.