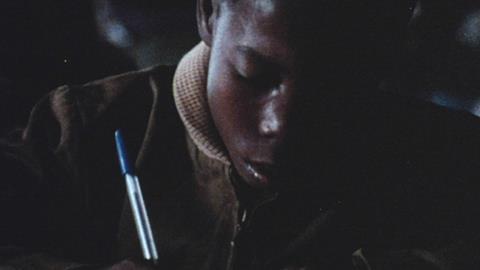 A powerful, illuminating and visually arresting documentary that offers a fresh perspective on the African liberation struggles of the 1960s and ‘70s, Göran Hugo Olsson’s striking Concerning Violence makes for compulsive and at times disturbing viewing as it tackles colonial rule head on, benefiting from singer Lauryn Hill’s striking narration – also repeated on the screen - taken from psychologist/philosopher Frantz Fanon’s anticolonial text, The Wretched Of The Earth.

Beautifully assembled, the film also benefits from a strikingly jazzy score that helps the images move along with dark ease.

This intelligent and provocative film cleverly weaves archival footage into an at times searing treatise on the terrible impact of colonialism, with at the core Fanon’s theory that the violence of colonialism must be met with greater violence to be defeated.

Director Göran Hugo Olsson returns to Sundance after The Black Power Mixtape 1967–1975, which played in the World Cinema Documentary Competition in 2011, with an impressively produced and structured film that will tick plenty of the right boxes for intelligent audiences and art house distributors, with television sales also likely to be strong.

As the film’s full title, Concerning Violence: Nine Scenes From the Anti-Imperialistic Self-Defense suggests, the film is structured in nine chapters, covering a series of different colonial struggles in Africa, some more brutal and bloody than others, but all linked by Fanon’s intelligent prose and a call to embrace a more creative and humane society.

The segments – often taken from television footage from television companies in Scandinavia who are backers of the film – include extensive material from a Swedish mine in Liberia, where a strike by miners leads to workers being thrown out of their homes by the army; a shocking image of a young woman with her arm hacked off feeding her baby, which itself has a leg cut off; a Swedish couple doing mission work in Tanzania, intent on building a church before a school; a nighttime attack on a Portuguese base in Angola; bombastic farmers in former Rhodesia (now Zimbabwe) talking about their life, and an interview with a rather young president Mugabe of Zimbabwe.

The quotes from Fanon – who fought in World War II and later in Algeria against the colonial power – run up on screen as Lauryn Hill (or as she is credited in the film, Ms Lauryn Hill) reads, which helps reinforce the power of his words. His language is lucid, angry and potent, and is the glue that impressively binds the film together. Beautifully assembled, the film also benefits from a strikingly jazzy score that helps the images move along with dark ease.