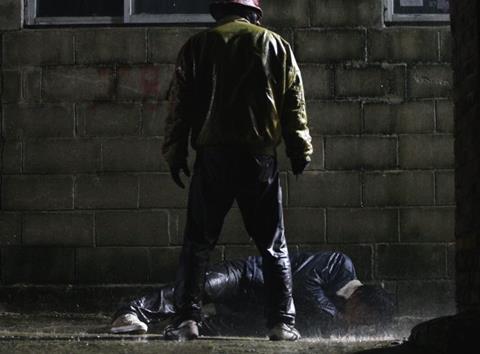 Following a visually spectacular and pulsating opening act Confession Of Murder struggles to maintain the pace and stylistic flare of the first few minutes, which is further hampered by an uneven middle act, but it’s bound to stir interest amongst fans of the Korean thriller genre as it seeks to build on the multiple sales it secured at the recent American Film Market.

Jeong demonstrates he is more than capable of pulling off astounding action moments as illustrated in the film’s opening sequences.

Reminiscent of other local iconic crime thrillers, most notably Na Hong-jin’s engaging The Chaser (2008) and Bong Joon-ho’s superb Memories Of Murder (2003), director Jeong Byong-gil’s feature shares much in common with these two films through its impressive cinematography, thumping soundtrack, choice of locations and underlying narrative, but given the film’s unbalanced tone owing to an attempt to include some unnecessary humour, the film loses its focus in the middle section.

The film centres on a high profile serial murder case, in which 10 women have been killed. When the statute of limitations expires, a member of the victim’s family commits suicide in front of detective Choi who is in charge of the case. Two years later a man publishes a book claiming to be responsible for the killings, which is further complicated after another man comes forward claiming to be the real perpetrator, but it gives Choi an opportunity to finally solve and close the case.

Jeong who made action-documentary Action Boys (2008), demonstrates he is more than capable of pulling off astounding action moments as illustrated in the film’s opening sequences, which are beautifully orchestrated through some visually dazzling camera techniques that are relentlessly mobile. It’s a grave shame though that much of this momentum is lost in some of the subsequent scenes that are in contrast surprisingly more conventional and less innovative.

The presence of popular actor Jung Jae-young (Moss, 2010) and TV star Park Si-hoo who are well-cast as the leads should aid in increasing the film’s profile domestically, but with the local hit A Werewolf Boy currently dominating the Korean box office, it faces stiff competition during its theatrical run. On the international stage, however, its prospects remain relatively strong due to its generic appeal and some eye-catching cinematography.