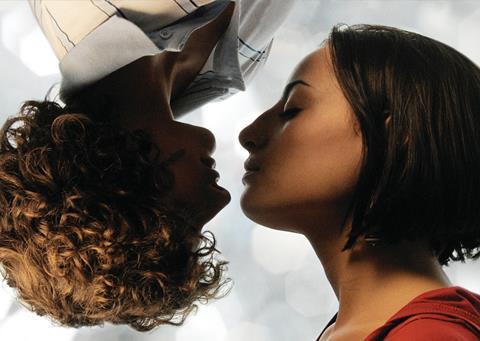 Director Michel Franco’s debut feature handles disturbing subject matter with commendable restraint, creating a sombre, quietly compelling drama. The very nature of the material makes the film a hard sell but Daniel & Ana should catch the eye of global Festival programmers and might secure some theatrical sales in territories that have responded to the films of fellow Mexican Rodrigo Pla or Lucrecia Martel.

Franco quickly sketches in the comfortable lives of the title duo. Ana (Marimar Vega) is planning her marriage and a bright future. We see her selecting a dress and firmly insisting that her fiancé Rafa (Jose Maria Torre) will not be accepting a job offer in Spain.  Her 16-year-old brother Daniel (Dario Yazbek Bernal - brother of Gael Garcia) is a typical teenager; hanging out with friends, speculating on his luck with girls and waiting for the day that their wealthy father will buy him a car of his own.

Driving through the streets one day, they are abducted at gunpoint. Their captors offer them the choice of being raped and killed or agreeing to have sex with each other that will be recorded by a cameraman. The siblings have little choice in the matter. Once they are freed, they simply return to their daily lives. The authorities are not alerted which is apparently a common feature of such cases. Their unsuspecting parents never discover what happened. The lasting psychological damage that follows the ordeal provides the bulk of the film.

Franco only provides the viewer with as much information as the two lead characters. We never learn what becomes of the footage, why they were a target or who was behind the abduction. Even the parents are pushed to the edges of the story as they seem powerless to fathom the reasons why their children have fundamentally changed from bright, hopeful individuals into youngsters who hide away in their rooms and barely communicate.

Franco adopts a very unassuming style throughout. The camera is often static, inviting the viewer to watch what is happening within the frame rather than doing anything to heighten the impact of material that requires no embellishment. The voyeuristic potential of the siblings on-camera sex is negated by the discretion of its execution. You shudder to think what a more attention-seeking auteur might have brought to the script.

Franco’s considered approach creates a thought-provoking film with some startling, unexpected developments in the relationship between the siblings. The young performers are entirely convincing with Marimar Vega gaining audience sympathy for the steely determination she brings to Ana’s recovery and decision to reclaim control of her life.

Daniel’s actions are harder to fathom or accept although Dario Yazbek Bernal is suitably sullen and intense as the traumatised youngster.