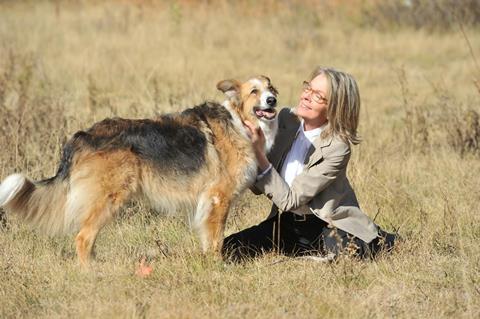 Lawrence Kasdan’s 11th film as a director but his first since 2003’s Dreamcatcher, Darling Companion falls victim to an ambling, free-range focus (or lack thereof), which mistakes authenticity for dramatic engagement. A story about emotional fissure and reconnection built around the search for a missing dog, the pleasantly inoffensive ensemble dramedy suffers from a dearth of insight or elevating banter.

The basic likeability of much of the cast — particularly Jenkins, who exudes a rumpled charm as a guileless retiree comfortable in his own skin — helps mitigate some but not all of the movie’s slack.

Audiences expecting either a more genteel version of Something’s Gotta Give, star Diane Keaton’s hit 2003 romantic comedy opposite Jack Nicholson, or a geriatric relationship dramedy filtered through the lens of a rascally dog, a la Marley & Me, will likely leave disappointed. Darling Companion is a movie that leans mightily on the accrued goodwill of its cast, and as such will have only limited arthouse and demographic appeal and ancillary value. Foreign returns should also be minimal.

After Beth (Keaton) and her daughter Grace (Elisabeth Moss) discover an abandoned dog on the side of the road, they secure him medical care and name him Freeway. Cut to a year later, when Grace is tying the knot with the attending veterinarian (Jay Ali), and Beth and her surgeon husband Joseph (Kevin Kline) are hosting the wedding at their lodge-style vacation home in the High Rockies of Colorado.

Following the festivities, Beth and Joseph hang back for a day to spend a bit of time with others in town for the event, including Joseph’s sister Penny (Dianne Wiest), her amiable new beau Russell (Richard Jenkins), and Penny’s son and Joseph’s colleague, Bryan (Mark Duplass). When Freeway runs away from Joseph while out for a walk, it sparks an exhaustive, days-long search by the group, guided by the fact that the cabin’s seasonal caretaker, the exotic Carmen (Ayelet Zurer), claims she can see and intuit things about Freeway’s lost wanderings.

Co-written by Kasdan and his wife Meg, and based on an actual experience the pair had, Darling Companion has a lived-in vibe, but never quite fully takes shape. Reactions to the dog’s disappearance are meant to be a refracting filter through which the state of these various relationships are examined, but there’s a decided lack of emotional connection to the wan bickering and burgeoning romances, no matter the surface-level panic and drama the movie peddles.

Some moments or details are amusing on the page (Beth and Joseph getting lost and coming across a pair of wild rams during their search, or a crazed coot in a Harvard T-shirt that Bryan and Russell stumble upon), but don’t cohere in a meaningful way, and the film’s payoff is yawningly conventional. An awkwardly integrated animated segment also doesn’t help alleviate the feeling that Kasdan is if not creatively spent then at least just marking time, and uncertain of how to package this navel-gazing tale.

The basic likeability of much of the cast — particularly Jenkins, who exudes a rumpled charm as a guileless retiree comfortable in his own skin — helps mitigate some but not all of the movie’s slack. Keaton and Kline deliver somewhat shopworn performances, and reductive cutaways in particular undercut the convincingness of Kline’s character.