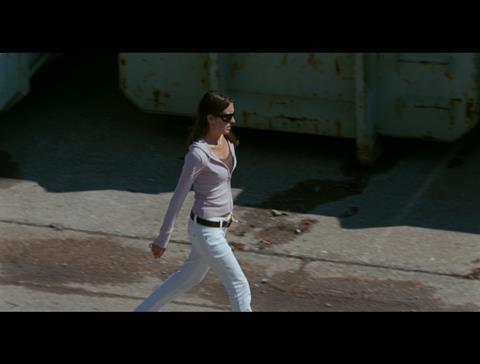 Billed as “an autobiographical fiction”, Swiss auteur Thomas Imbach’s Day Is Done is a slow-burn arthouse meditation on how life happens even to a director who has chosen simply to film it as it goes by. Consisting largely of long shots of the Zurich cityscape from Imbach’s studio behind the city’s main train station and a soundtrack of messages left on the director’s answering machine over the course of several years, the film at first seems like an almost pilotless, documentary take on Rear Window; but gradually we realise that Imbach is making stories out of his observations, and fictionalising his artistic detachment from family, lovers and friends.

So that in the end Day Is Done becomes, among other things, a poetic but also wryly humorous study of the selfish artist trying to play the indifferent God, but ending up revealing himself as all too human.

However, this is a slow and defiantly uncommercial viewing experience which saw several walkouts in an already sparsely attended Berlinale press screening. Pulling back from the more accessible style of Imbach’s kooky modern fairytale I Was A Swiss Banker (2007), Day Is Done will play mostly to festivals and at the more resilient end of the European arthouse circuit.

Filmed largely on a refurbished vintage 35mm and transferred to D-Cinema digital, and using extensive passages of sped-up footage, Day Is Done contains images of ravishing though unconventional urban beauty. Imbach dwells on a  power station smokestack which over the course of filming becomes obscured by the balletic cranes of a building site and eventually by the skyscraper they produce.

We see effects of clouds and light, a copper sunset reflected off train windows, a buzzard flexing its wingtips in the up draughts as it hovers over the marshalling yards. Little dramas take place in the industrial alley down below: lovers meet and embrace, a teenage motorcyclist is injured, perhaps fatally, in an accident that takes place just out of sight; someone sets fire to cars right in front of the studio, and we see them being doused by the fire brigade, forensically examined by the police, and eventually towed away. There’s also one character (actress or real person?) who is followed obsessively by Imbach’s camera: a self-possessed young woman who sashays back and forth, on her way to and from work, we guess.

Meanwhile we start to identify voices on the answering machine: Thomas’s father, who dies in the course of the film, and the director’s partner, with whom he seems to have a troubled relationship that only gets worse when their son Noah is born - who himself eventually begins leaving messages for daddy. There’s humour in many of these messages as spurned callers tie themselves in knots.

Thomas never answers any of the messages: he’s absent, as a lover and a father, as a creditor and house-hunter, as a friend and a potential festival attendee.  We glimpse him only occasionally, reflected in the studio window, or with his son in some grainy home video footage. A soundtrack of guitar-accompanied songs (some of them Dylan covers) by Swiss musician Balz Bachmann hold out the promise that we might be watching some sort of lyrical metaphor for human life - but they’re cut off abruptly, denying us the comfort of easy poetry.