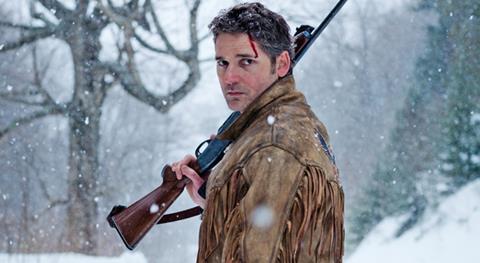 Marking the US debut of Oscar-winning Austrian director Stefan Ruzowitzky, Deadfall is a Coen-esque crime thriller with a nicely edgy tone and a handsome widescreen look. The strength-in-depth cast may not lead to big domestic box office numbers but it should help the film get some deserved attention in ancillary and international markets.

Ruzowitzky - whose 2007 crime drama The Counterfeiters won the foreign language film Oscar – makes atmospheric use of the northern landscape and weather.

In his first produced script, screenwriter Zach Dean weaves a family theme into his crime-gone-wrong plot. After taking a big haul in a casino robbery but crashing the getaway car, siblings Addison (played by Eric Bana) and Liza (Tron: Legacy’s Olivia Wilde) are trying to make it to the Canadian border during a near whiteout blizzard.

Liza hitches a ride with ex-boxer Jay (Charlie Hunnam, from cable’s Sons Of Anarchy) and tags along on a tense holiday visit to his parents (Kris Kristofferson and Sissy Spacek). Addison’s violent trail leads to the same isolated house and the two families - plus a visiting female cop (happythankyouplease’s Kate Mara) - end up sitting down at gunpoint to a bizarre Thanksgiving meal.

Ruzowitzky — whose 2007 crime drama The Counterfeiters won the foreign language film Oscar – makes atmospheric use of the northern landscape and weather and handles the love triangle between femme fatale Liza, creepily over protective Addison and bruised Jay with a deft touch.

The film’s weakness is that it pushes the balance between character and plot towards the latter, leaving some characters - most notably the morally ambiguous Addison - seeming underexplored.