Weinsteins swoop on US rights to 'Ballerina'

The Weinstein Company has acquired US rights from Gaumont to the upcoming animated film. 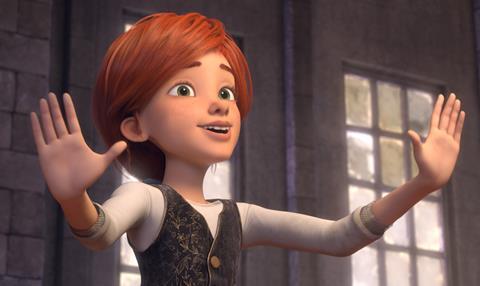 Eric Summer and Eric Warin direct Ballerina, which Screen understands is a working title. The story takes place in 1884 as an ambitious orphan arrives in Paris and trains at the Opera Ballet School under someone else’s identity.

She learns from a tough mentor that talent alone is not enough and she must work hard to succeed. Finally she meets her soul mate, an inventor, and together they inspire each other to achieve their dream.

Klaus Badelt composes and the songs will be written and produced by Beyoncé, SIA and Selena Gomez collaborator Chris Braide.

TWC and producers Adassaovsky, Zenou, Zeitoun worked together on The Intouchables starring Omar Sy and François Cluzet, which TWC is developing into an English adaptation.

“So many little girls dream at some point of becoming a ballerina,” said TWC co-chairman Harvey Weinstein. “This film beautifully pairs that dream of dance with the artistry of animation. It’s a thrill to be teaming up once again with Nicolas, Yann and Laurent on Ballerina, who bring a quality of elegance to all of their projects.”

The producers added: “We couldn’t think of a better home than TWC to bring Ballerina to US movie-goers. We are thrilled they share our passion for this story and cannot wait to bring Félicie’s tale to the screen.”

Gaumont head of International Cecile Gaget said: “I’m very glad that Gaumont teams up once more with TWC, especially on Ballerina now, since animation in the US market has become a key priority for Harvey and his team”.