New film from Israeli film-maker Hagar Ben-Asher revolves around a lonely girl whose life is turned around after her apartment is burgled. 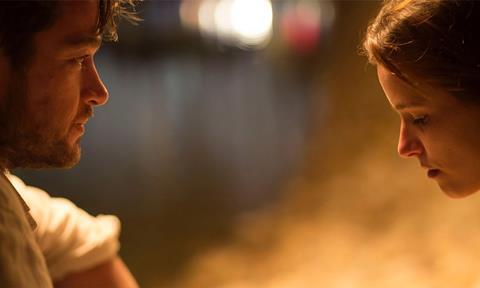 The Burglar is the latest project from Ben-Asher, who starred and directed in The Slut, which premiered in 2011 in Cannes and won the best director award at the Jerusalem Film Festival.

The Match Factory has picked up international sales for her new film, which stars Lihi Kornovsky in the main role alongside Ronald Zehrfeld and Sendi Bar. We spoke to Ben-Asher ahead of the film’s screening at Rotterdam.

I’m still trying to figure that out, actually. It was not a written path, nor a childhood dream. I started studying still photography, and after one semester, realised one frame wasn’t satisfying enough, and exchanged my books.

What was your inspiration for making The Burglar?

When I was younger I was a very good thief, a fact that helped me survive many kinds of uncertainties. So, in many ways, I think that instead of starting to steal again, I chose to fill the hole by making a film that concerned the subject directly.

The Burglar was developed with the help of the 24/7 project of the Medienboard Berlin and the Israeli film fund. I lived in Berlin for 3 months and worked on the script with Franz Rodenkirchen.

There were obviously many, but the colourful ones would have to do with the cheetah - as he was a real cheetah, with opinions and teeth - not a CGI creature. His name is Arab, and he was 5-years-old at the time. There was a moment in which I realised he’s not about to follow my directions and requests no matter how clearly, or politely, I deliver them. That lead to many compromises - with the shooting plan, and the building of scenes. The intimacy I hoped to create between Arab and my actress was at odds with my wish to keep her arms and head intact, so I had to adopt to many new ideas. From film to film I learn that reality is the biggest challenge of film making.

I replaced a horse with a cheetah, and myself with a far more beautiful girl. The Burglar, as apposed to The Slut, doesn’t carry a harsh and provocative thematic statement. It takes more pleasure in the craft of film making, and the challenging of the narrative, rather than being a political-gender driven action. The fact that I’m not acting in it was a dramatic new experience for me. Also the making and the process of examining the result. I think it’s a big step in my development as a circus trainer.

I’m arriving to Rotterdam from a location scout in Poland, where I’ll shoot my next film The War Has Ended.