A samurai-era manga adaptation, the ladies of the ‘pink’ industry and Godzilla feature in the Japanese titles vying for attention at AFM. 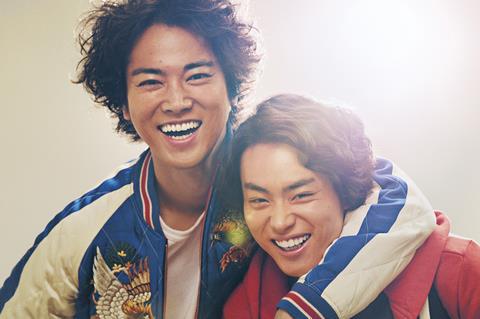 Koji Yakusho (The Third Murder) and Tori Matsuzaka (Birds Without Names) star in this crime-action title, based on a bestselling novel by Yuko Yuzuki. The story follows a rookie policeman who teams up with a veteran detective, rumoured to be working with the mob, to investigate a company that appears to be a front for organised crime. Directed by Kazuya Shiraishi (Twisted Justice, Birds Without Names), the film is scheduled for Japanese release on May 12, 2018.

Following the success of Shin Godzilla, last year’s reboot of the iconic Godzilla series, Toho is now preparing a 3D CGI animation trilogy based around the fire-breathing, Tokyo-stomping monster. Produced by leading Japanese animation house Polygon Pictures, the three films are scripted by Gen Urobuchi (Fate/Zero) and co-directed by Kobun Shizuno and Hiroyuki Seshita. The first part of the trilogy will be released theatrically in Japan this month.

Laughing Under The Clouds(Dir Katsuyuki Motohiro)

An adaptation of a manga that sold more than 1.2 million copies, this samurai-era action title follows three brothers who are guardians of a sacred tomb and who unite to tackle a giant serpent and an evil ninja clan. Directed by Katsuyuki Motohiro, whose credits include the blockbuster Bayside Shakedown series, the film stars Sota Fukushi, Yuma Nakayama and Kirato Wakayama. The Japanese release is scheduled for March 21, 2018. 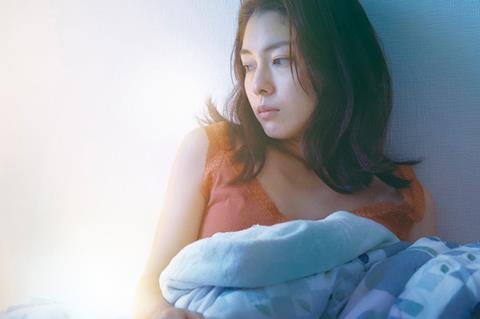 Tsutomu Yamazaki plays reclusive 20th-century artist Morikazu Kumagai in this biopic directed by Shuichi Okita, whose credits include Ecotherapy Getaway Holiday and The Woodsman And The Rain. Also starring veteran actress Kirin Kiki, the film is currently in post-production for a 2018 release in Japan. Yamazaki worked regularly with Akira Kurosawa and later starred in films such as Juzo Itami’s Tampopo.

Tomoya Nagase, Dean Fujioka and Issei Takahashi head the cast of this story of corporate conspiracy, based on Jun Ikeido’s bestselling novel Sora Tobu Taiya, which has also been adapted into a hit TV series by Wowow. Directed by Katsuhide Motoki (Samurai Hustle Returns), the film is currently in post-production for release in Japan in 2018. 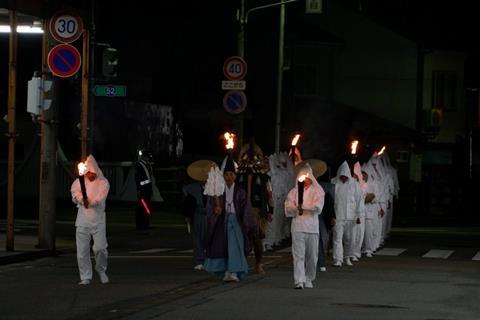 Produced by Asmik Ace, this quirky drama follows six ex-cons who live in a sleepy coastal town as part of a secret government programme. Directed by Daihachi Yoshida (A Beautiful Star, Pale Moon), the film’s ensemble cast includes Ryo Nishikido, Ryuhei Matsuda and Fumino Kimura. The Scythian Lamb recently premiered at Busan International Film Festival and will be released next year in Japan.

A serious drama about funny people, Spark is based on Naoki Matayoshi’s bestselling novel Hibana, which was also been adapted into a — unrelated — 10-part TV series by Netflix in 2016. Masaki Suda and Kenta Kiritani star in the feature version as two comedians, the older one mentoring the younger, as they face the fact that they might never become successful. Produced by Toho and Yoshimoto Creative Agency, the film will be released in Japan this month, on November 23.

Starring Haruka Ayase (Our Little Sister) and Kentaro Sakaguchi (Narratage), this romantic drama imagines what happens when a young director gets to meet the woman of his dreams when she steps out of the frame of a 1960s black-and-white movie. Directed by Hideki Takeuchi, whose credits include Thermae Romae and Nodame Cantabile, the film is scheduled for Japanese release in February 2018 through Warner Bros. 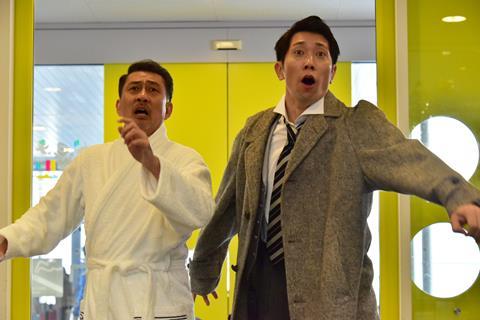 Masaharu Take and Shin Adachi, the director and writer of award-winning indie drama 100 Yen Love, are reteaming on this comedy about two con-men who have a score to settle with an authenticator of antiques. Kiichi Nakai (Railways) and Kuranosuke Sasaki (A Beautiful Star) head the cast of the film, which is scheduled for Japanese release in January 2018.