Two years ago, renowned Chinese artist and filmmaker Ai Weiwei premiered his feature documentary Human Flow at the Venice Film Festival. The film was an unfaltering exploration of the global refugee crisis and was crafted from more than 900 hours of footage shot across 23 nations and 40 of the world’s largest refugee camps.

Tonight, Weiwei is premiering his follow-up feature, The Rest, at Copenhagen’s CPH:DOX festival. The under-the-radar film is essentially a follow-up to Human Flow, again depicting the refugee crisis but this time in a more intimate manner. On the eve of the screening, Screen caught up with the Berlin-based director, who continues to resist censorship from his home country China. 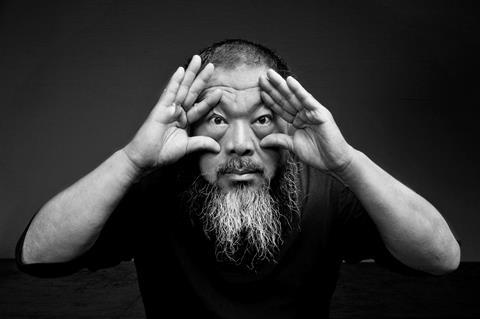 Congratulations on your world premiere in Copenhagen. You’ve described The Rest as a “parallel work to Human Flow”, when did you decide to make the second film?

Human Flow started not as a film but as documentation of the current refugee situation. I always believed it crucial to document and archive this historical visual footage for our understanding. Human Flow was the first film to come out of that, and we had plenty of footage left over so decided to make The Rest.

The film comes from the same film components but the focus is different. It is more intimate and more desperate. It highlights the voices of refugees and their difficult experience in finding a new land that can sympathize with their condition and accept them as asylum seekers. Put another way, it depicts the impossibility of being accepted by European society.

Shooting 900 hours of footage and visiting 23 countries sounds like a serious undertaking. How do you fund your filmmaking?

As an artist, I do all my projects without first seeking financing. I first initiated this project and, fortunately, Participant Media and another friend of mine quickly responded with their support. Their financial support came as a surprise, especially toward a project dealing with such a difficult topic. 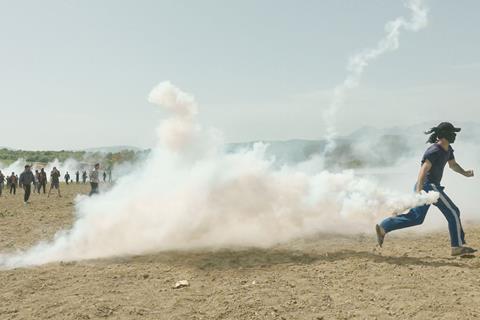 The Rest has been largely kept under wraps, with the film not announced until its CPH premiere was confirmed, why so?

Before Human Flow was commercially released, we also did not make much of an effort to promote it. We are not very good in promoting things; we follow our own instincts. We don’t believe anything is a secret, but that it will have its own fate.

Do you believe filmmaking can have an impact on the migrant crisis?

I have no idea about the impact filmmaking has on others with regard to this topic. All I can say is that making these films has made a huge impact on my own life, on my own understanding of our society and our modern world. Hopefully, I succeed in sharing some of my thoughts with others.

What’s it like being a Chinese filmmaker in 2019? The country has experienced an incredible boom in cinemas being built and box office takings, but the spectre of government control still looms large.

To be a so-called Chinese filmmaker within China is a joke. Every single line of text, every frame, is heavily censored by the strongest censorship machine of the 21st century. And everyday it becomes stronger in controlling people’s ideologies and twisting the information, promoting a pure entertainment devoid of profound aesthetic or philosophical content.

The Communist Party has successfully done this for 70 years. It still controls every single film that comes out of China. All the major Western film festivals willingly or unwillingly, consciously or subconsciously, accept the authority of that dictatorship. Self-censorship has been clearly exercised not only by Chinese filmmakers but also by the West. The entire film industry is eager for box office success in mainland China.

China does not only invest in Hollywood or the entertainment industry globally, but also uses its market to reward or punish whoever agrees or disagrees with their ideology. For the Communist Party, culture has been used as soft power, which is as powerful as any weapon on the international political and economic battlefield.

Are you able to screen your films in China at all?

It would be a miracle to screen my films in China. It’s never going to happen. Even my name could not be mentioned when Human Flow was selected to screen at the Venice Film Festival. Anything related to me is clearly taboo for China. 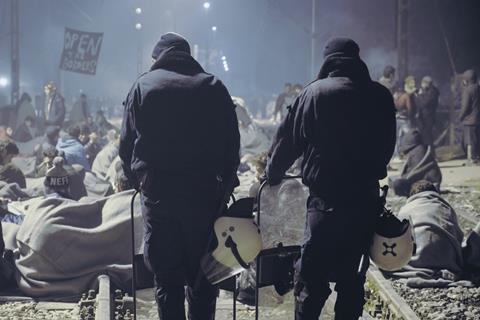 Last month, the segment you directed in the anthology film I Love You Berlin was cut from the final version – what happened there?

The film has faced tremendous difficulties with regard to financing and distribution. During the promotion and sale of the film, the producer told us he had never faced such strong pushback on any previous film he had made than as he had from my participation in this film. People clearly told him that my involvement would be a problem for them to get financial support or distribution. It could even cause problems for future films, such as the next planned film Shanghai, I Love You. This comes as no surprise; China’s influence in the cultural realm is beyond my imagination.

What did you make of the two Chinese films – Zhang Yimou’s One Second and Derek Tsang’s Better Days – being withdrawn from this year’s Berlinale? Does that concern you?

I grew up in China and have many filmmaker friends. Zhang Yimou was my classmate. This is not the first Zhang Yimou film to be censored. To Live, his best film, never had the opportunity to screen in front of a Chinese audience. It was shown at a foreign film festival and he was punished by not being allowed to make films for years.

Today, to show your film at a foreign film festival without special permission could cause a lifetime ban on making films in China, or it could even be seen as a criminal act. All the filmmakers I know have told me that even though they have faced censorship throughout their lives, they have never faced a more severe time as today.

What are your future filmmaking plans?

Film is a different way of creating and communicating, and I really enjoy it. Human Flow and The Rest have been shown in the Western film market which has its own structure. There is so much I still have to learn.

At this time, we are at work on three other films. One is related to the Rohingya refugees. Another is on the disappearance of 43 students in Mexico and the impunity of that society. The third is about human-animal relations throughout history. The first two films will be done this year; the third film will take a while longer.