Culinary sidebar Cinema and Cuisine, will serve up some appetising new films, sample top-notch cuisine and participate in lively discussions. 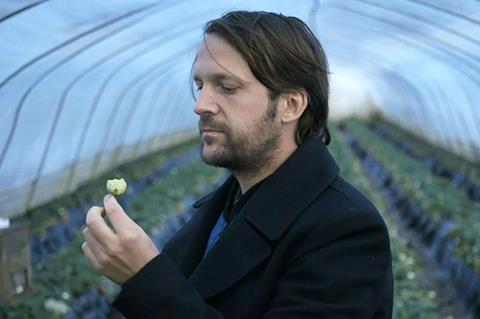 Ants On A Shrimp

Antalya is a food lover’s paradise,” says the festival’s artistic director Mike Downey in response to both the gastronomic riches of the Mediterranean and the “increasing volume of films in the marketplace representing food in the cinema”. So inspired, Downey and his colleagues have programmed the Cinema and Cuisine sidebar. Four food-themed films screen, and four different chefs will be tasked to prepare meals inspired by the movie the audience has just watched.

The titles to be savoured are Luis Gonzalez’s travelogue The Turkish Way, which follows the Roca brothers as the acclaimed Spanish chef-restaurateurs travel across Turkey; Maurice Dekkers’ Ants On A Shrimp, which profiles Rene Redzepi, chef-owner of Copenhagen’s Noma, as he relocates the restaurant to Tokyo; Anna Chai and Nari Kye’s Wasted! The Story Of Food Waste; and Michael Winterbottom’s gastronomic comedy The Trip To Spain.

The sidebar will be staged at the 7 Mehmet restaurant, which Downey describes as “one of the great cathedrals of the Antalya gastronomic scene”. It also has its own screening room.

The choice of films is designed to provoke debate. For example, Wasted, produced by chef and TV presenter Anthony Bourdain, provides a good segue into a conversation about the politics of food consumption.

“The film addresses a number of big issues, not least the fact many of our animal products are modified to be transported and look good,” says Downey. “In supermarkets especially, there is the perennial need to give the impression of endless abundance of ‘always pretty’ food on the shelves. We have a growing awareness of the detrimental effects of the food industry, and we can push for changes in how and what we eat.”

As in Berlin and San Sebastian, which also promote culinary cinema and the slow-food movement, there will be an industry dimension to the screenings. This is an opportunity for distributors to discover new work.

“There will be buyers, sellers, producers and creatives present,” Downey explains. “Who knows — [Cinema and Cuisine] may even spawn an Antalya-driven food documentary or fiction feature?

“Here’s a premise, based on why 7 Mehmet is called 7 Mehmet. The head chef, Hadji Hasan, received a complaint that a customer found a hair in his dish. The next day all employees arrived with shaved heads, as if in penance. One chef, Mehmet, had a scar in the shape of a ‘seven’ in the old Turkish alphabet, the legacy of a childhood accident. Hadji gave him the nickname ‘7 Mehmet’ and so the story of the restaurant began… Maybe I should produce it?”

Downey suggests the secret ingredient in a successful culinary cinema event is to strike the right balance between celebration and sermonising, humour and polemics. “One has to tread a fine line and create a delicate balance between worshipping at the cathedral of the great chefs — as in Ants On A Shrimp — and undermining the whole reverence for this kind of worship with self-deprecation and irony,” he says.

“Steve Coogan and Rob Brydon provide that in their hilarious The Trip To Spain. The film in turn provides a balance between their own sheer buffoonery and the backdrop of some of the great Spanish food of our time.”

Read more: All the latest news from the Antalya Film Festival