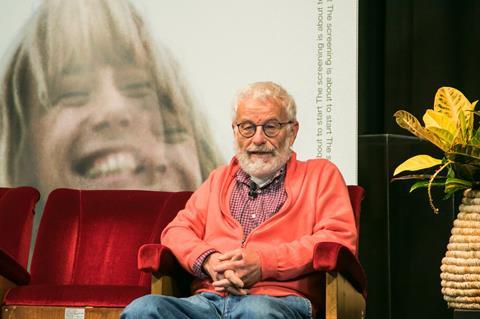 Italy’s Bergamo Film Meeting (BFM) opens on Saturday April 24, a month later than usual as organisers had hoped to run it as a physical edition. Although it is now running entirely online, festival director Angelo Signorelli is undiminished in his enthusiasm for the edition which will showcase the first and second films of international directors in its feature narrative and documentary competitions.

The festival has made a name for itself by hosting the Italian premieres of European arthouse films (and sometimes European premieres) with the purpose of helping them find Italian distribution. Bergamo-based distributor Lab80 is a long-standing partner of the festival and in previous years films includinig Slavek Horak’s Home Cure and Adrian Sitaru’s The Fixer  have secured distribution in Italy followiing their Bergamo premiere.

The seven films screening in the international competition include Adventure Of A Mathematician, the second film from German director Thor Klein that has played extensively on the festival circuit since debuting at Palm Springs in January 2020. It is adapted from Stanislaw Ulam’s autobiography of the same title about emigrating from Poland to the US in the 1930s and his atttempts to help create the hydrogen bomb and the first computer.

In the Close Up documentary competition are Carnival Pilgrims in which FInnish director Mika Mattila explores the human desire for international travel and the Latvian documentary My Father The Spy, about a womans’ discovery her father was a double-agent during the Cold War.

All screenings are geo-blocked to Italy.

Mia Hansen-Løve and João Nicolau are the subject of the special focuses this year and will each be participating in an online talk.

The special events and Q&As will be hosoted live on the BFM’s YouTube and Facebook channels, while the majority of the screenings will be hosted on the Mymovies Live platform, as has become standard for Italian festivals. The exception is the Agnes Varda retrospective that will instead be on MUBI.

Signorelli talks to Screen about this year’s festival.

Is the debut feature festivals arena getting more competitive?
Our early spring positioning favours us. There are many festivals competing for debut and second films but very few of them take place in March or April, it’s a good slot. The only difficulty we face is with Italian debut films, that are a tough catch for us. Only a handful of those each year have the quality requested for a competition and they usually are attracted by either the Turin Film Festival or one of the A -list international ones.

Has the fall-out from 2020 had an impact on the quantity of the films submitted?
We didn’t notice much difference. On the contrary movies were particularly good this year. We have worked our way through 200 titles to get to the final selection, it seems as the production machine hasn’t stopped. The international PR and sales agents with which we work, scouting through their movies or receiving their suggestions, have helped us as usual. The only difference is that we also used to explore the bigger European festivals in search for debut features, but of course it wasn’t the case for this year.

Has the festival’s budget suffered this year?
The BFM is financed through the [EU] Media program and through public funding from the state, the region and the municipality of Bergamo. In addition to this we rely on private sponsors who have always supported us. In the last year local and national companies have struggled as much as anybody and weren’t able to contribute as they did in the past. I think that for next year’s BFM, which I hope it will return to a physical edition, we need to rethink this aspect from scratch.

BFM has a reputation for programmning great retrospectives. Has this been instrumental in maintaining a good relationship with Italian distributors?
This is something we have at the heart of our mission. the ‘Europe, now’ section brings to the festival lesser -known films from renowned European directors, highlighting these titles for Italian distribution. And our retrospective also works in the same way. In the past, thanks to us, many 35mm prints of films from masters such as Dreyer and Bresson have found distribution in Italian theatres, and also some packages of noir films, American comedies and even of films from Billy Wilder, Roman Polanski or Howard Hawks. Many of these were distributed for the first time in Italy in their original language.