I Am Not Your Negro director talks Karl Marx and Hollywood diversity. 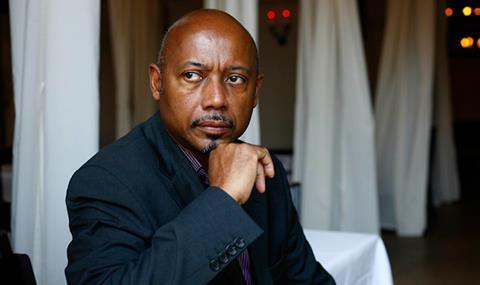 Haitian filmmaker Raoul Peck returns to the city of his student days for the world premiere of his latest film The Young Karl Marx.

While studying at the Free University of Berlin in the 1970s, an 18-year-old Peck was first introduced to the political and economic thinker Marx. The director’s Oscar-nominated documentary I Am Not Your Negro — an exploration of what it means to be black in the US through the writings of James Baldwin — is also screening in Panorama Documentaries.

You worked on both films concurrently. Was it difficult juggling two such different stories?

Yes, they are different but at the same time, funnily enough, both men are the two feet I stand on.

I learned about Marx around the age of 18. Baldwin came to me a little bit younger but these two men became important monuments for me and made me the person I am. They frame who I am, my way of thinking and the way I analyse society.

Why did it take you a decade to make The Young Karl Marx?

In the beginning we built the screenplay out of the correspondence between Marx, [Friedrich] Engels and [his wife] Jenny. It was the approach that we wanted because you really discovered their characters through that correspondence. But it takes time to construct and you can’t take short cuts.

How does the story reflect wider society?

When I started both projects, I felt we needed to return to a basic explanation and structural analysis of society. We’re in a time when there is a push back against everything intellectual, against theory and research. We’re in a world of opinions.

Three of the documentaries shortlisted for the Oscar are by black filmmakers. Is Hollywood waking up to diversity?

It’s a coincidence rather than the result of structural change. It’s the biggest elephant in the room. The Academy changed some of its rules, which is a good thing but it can only reward the films that are produced. You need to change the power structure that greenlights films. Until that becomes more diverse there will be no changes in the western world. It’s a totally superficial discussion all the time; there are not enough films being produced by minorities, women and the LGBT community.