Cannes 2022: the buzz titles from France 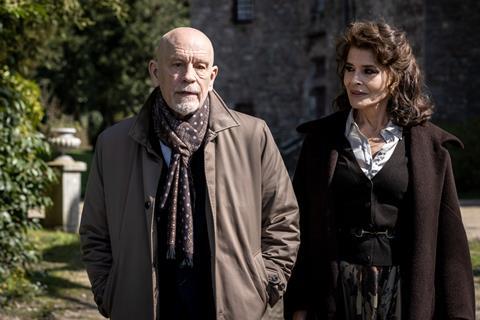 Mr Blake At Your Service!

Wild Bunch International kicks off sales on Audrey Diwan’s Emmanuelle reboot, Ken Loach’s The Old Oak, which began shooting on May 19, and Maïwenn’s period drama Jeanne Du Barry, in which she will also co-star opposite Johnny Depp. Diwan and Maïwenn will both give buyer presentations in Cannes. The company is also handling 14 Cannes titles including Palme d’Or contenders Holy Spider, Brother And Sister, RMN, Tori And Lokita and Stars At Noon.

Playtime launches sales on Francois Ozon’s next feature, the details of which remain under wraps for now, and White People by Robin Campillo, his first feature since 2017 Cannes jury prize-winning Aids drama 120 Beats Per Minute. White People revolves around a French boy growing up on a military base in Madagascar in the 1970s. Playtime’s slate also features Most Alive, the debut feature of Belgian director Delphine Girard, who was Oscar-nominated for short A Sister in 2020. It is also handling Annecy special screening Black Pharaoh, The Savage And The Princess by Michel Ocelot.

France TV Distribution reveals first images for French comedy-drama Mr Blake At Your Service, reuniting John Malkovich and Fanny Ardant on the big screen for the first time since 2015 drama Casanova Variations. It is also selling French directors Carine May and Hakim Zouhani’s Save Our School, which debuts in Cinema de la Plage.

SND — M6 Groupe launches sales on feature animation sequel The Jungle Bunch — World Tour and The Braid, an adaptation by Laetitia Colombani of her bestselling book about three women based in different parts of the world whose lives are intertwined by the hair of an Indian ‘untouchable’ woman.

Le Pacte is giving a market premiere to couples drama The Peace And Love Process by Ilan Klipper, and continuing pre-sales on Thomas Lilti’s A Real Job starring Vincent Lacoste as a PhD student who takes a job as a supply teacher. It also handles Thomas Salvador’s Directors’ Fortnight title The Mountain.

Kicking off sales for mk2 Films is Justine Triet’s film Anatomie d’Une Chute, about a woman investigated on suspicion of murder after her husband is found dead. Cannes titles comprise Palme d’Or contender Mother And Son, Don Juan in the Cannes Premiere line-up and Un Certain Regard titles Corsage and Return To Seoul (formerly All The People I’ll Never Be).

Indie Sales is selling Directors’ Fortnight titles Sudan-set The Dam and Ukrainian drama Pamfir. It will also market premiere Marc Fitoussi’s female buddy movie Two Tickets To Greece, starring Laure Calamy, Kristin Scott Thomas and Olivia Côte, and Alain Ughetto’s animation No Dogs Or Italians Allowed, ahead of an Annecy premiere. It explores the story of his grand­parents who left Italy to settle in France in the early 20th century.

Kinology launches sales on Luc Besson’s under-the-radar project June And John. It is also selling the Besson-produced French-language teen horror Arthur Malédiction, a spin-off from his Arthur And The Invisibles trilogy, and illicit affair tale Diary Of A Fleeting Affair in Cannes Premiere.

Studiocanal launches bio-threat action picture Cold Storage, starring Liam Neeson and Joe Keery, and Australian director Kate Wood’s family comedy Kangaroo, about a stranded pro-surfer and an 11-year-old Indigenous girl who work together to rescue and rehabilitate orphaned baby kangaroos in the outback. It also handles Cédric Jimenez’s out of Competition thriller November, based on the real-life events after a series of synchronised terror attacks in Paris in November 2015.

MPM Films launches sales on Sylvie Gautier’s Brillante, starring Céline Sallette as a mother making a living as a night cleaner, who has to decide whether to take a stand against an exploitative employer or look after her own interests. It also market premieres writer/director Slony Sow’s culinary comedy drama Umami, which stars Gérard Depardieu, Sandrine Bonnaire and Pierre Richard.

Wide is giving market premieres to Salvatore Zannino’s documentary The Genius Of Gianni Versace Alive and Sophie Guillemin’s drama Astray starring Thierry Godard as a wine merchant who gives up everything to go to Russia in search of a former lover who disappeared four years ago.

Shellac kicks off pre-sales on Helena Wittmann’s experimental drama Human Flowers Of Flesh, about a sailor and her five-person crew who embark on a journey from Marseille to the Algerian port of Sidi-Bel-Abbes, and documentary comedy The Adventures Of Gigi The Law, the second feature from Locarno Golden Leopard winner Alessandro Comodin.