Quentin has authored books on Anthony Hopkins, Alfred Hitchcock, Graham Greene, Lew Grade and the Rank Organisation and been a critic for the Daily Mail, The Daily Telegraph and the Sunday Mirror. 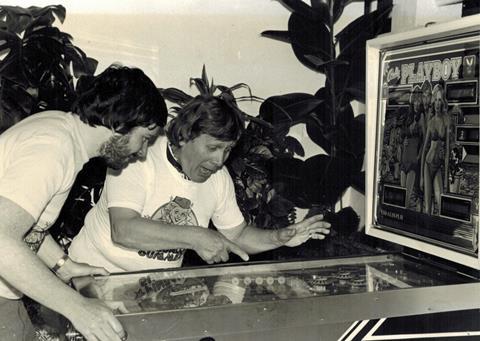 I had accepted an invitation to be lunched in Corsica. Seemed like a great idea at the time. My amiable producer host had his own private plane and assured me it was a short hop across the Med and I’d be back in plenty of time for the afternoon countdown to the editorial deadline.

After a delicious if abbreviated feed on the island, we took a taxi back to the small airport, climbed aboard – and the engine wouldn’t fire up. More than three hours later, it was finally ignition and we got back into town at around 7pm. Remember, these were the days before mobile phones.

The staff seemed peculiarly unmoved by my plight and had, with their normal efficiency, sent the magazine to “bed” on time. Happy to say that as I took refreshment that evening in the Petit Carlton, several people inquired after my health. Word had apparently leaked that I’d gone AWOL.

I was actually Screen International’s first Foreign Editor (two years before I assumed the Editorship), responsible for signing up a network of overseas correspondents when I enjoyed my favourite moment having a one-to-one with Muhammad Ali over breakfast in his Carlton suite. He didn’t even look up as I came into the room and plonked myself nervously into a chair opposite the great man, who had his face stuck into a bowl of cornflakes.

Finally, he asked me to repeat my name. “Quentin,” I said. He pondered for a moment, then lisped, giggling, “Oh, Queenie.” I didn’t rise to the bait though made sure I asked all my subsequent questions in suitably macho tones.

Covering corporate crises was a strong part of our regular coverage: the demise of Rank in production; the David Begelman scandal at Columbia. Best of all was the collapse of UA in the wake of Heaven’s Gate. “UA – We’re Not All Washed Up” was one of my favourite headlines.

The rise and rise of home entertainment, initially seen as the big threat to conventional cinemagoing.

Reconciling all the various exhibition platforms currently available to film and TV makers.