PROMOTIONAL FEATURE: Fund has supported 230 projects from 75 territories to date. 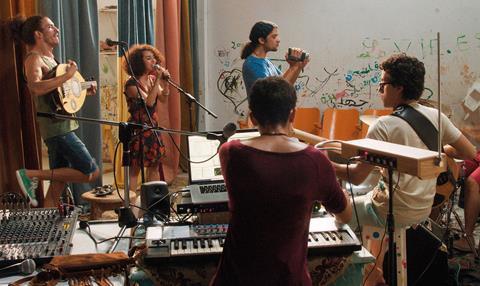 Since its launch in 2012, France’s Aide aux cinémas du monde (ACM) has become one of the first ports of call for the producers of auteur directors from across the globe. The fund — managed by France’s Centre national du cinema et de l’image animée (CNC) and the Institut Francais — is one of the reasons French producers are so in demand on the international co-production scene.

Running across two strands, one for first and second-time film-makers and the other for experienced directors, the fund has supported 230 projects from 75 territories since its inception. The international co-production community, however, should also note the linked CNC-backed funding scheme for companies selling or distributing these ACM-backed works worldwide.

Unlike the production fund, which requires a French partner, the distribution fund is open to any applicant based in a MEDIA member territory. Called simply ACM Distribution, the scheme has an annual budget of $423,500 (€400,000) to mete out. It was launched in 2015, with the support of the Creative Europe — MEDIA programme to boost the circulation of films backed by the ACM production fund, which find festival berths but have a harder time reaching international cinemas.

“The Aide aux cinémas du monde fund has been a real success in terms of supporting diversity and helping films from all over the world,” says ACM Distribution co-ordinator Joséphine Vinet. “But we realised the supported films have a hard time making it into markets beyond France and the other co-production territories, both in Europe and outside the region.”

Under the scheme, applicants must be rights-holders or agents for between one and four ACM-backed films and based in a country belonging to the European Union’s MEDIA programme. The application must include a distribution strategy for the release of the film in a minimum of three territories (at least one of which is a MEDIA member and one from outside the programme). Where possible the strategy should extend over several windows including theatrical release, festivals, broadcast and VoD. Innovative approaches are particularly welcome.

“Each strategy has to include at least one VoD release,” notes Vinet. “Online releases are encouraged and online platforms are welcome to apply as much as sale agents.”

“We give them 70% of the total grant up front,” explains Vinet. “They get the other 30% once we’ve received a final report showing they respected the strategy that was submitted. There is a budget for the co-ordinator, but most of the money must go to the distributor to help with the P&A, subtitling and screening fees.

“The recipients have 10 months to organise the releases in the countries outlined in the strategy from the moment they receive the first tranche of the grant,” she adds. “We are yet to get a full report on how it has gone, but it is due in January.”

Doc & Film International received the largest award of $63,500 (€60,000) to release As I Open My Eyes into an additional eight territories: the US, Lebanon, Egypt, Morocco, Germany, Austria, Switzerland and Italy. The company’s chief Daniela Elstner said the grant “changed the destiny of the film”.

The only non-French company to take advantage of the scheme to date has been Germany’s The Match Factory, for Apichatpong Weerasethakul’s Cemetery Of Splendor. “The recipients of the second call will be announced at the end of November and a third call for projects will launch at the beginning of December, closing February,” says Vinet. “We’d really like to see more international applicants as well as innovative strategies, too.”