Directors' Fortnight embraces VR with 'Go Where You Look' 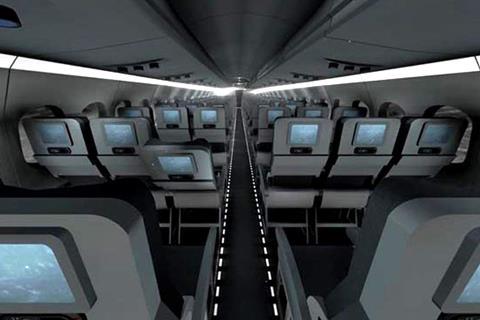 In its 51st edition, the Directors’ Fortnight is embracing VR for the first time with the presentation of Go Where You Look: Falling Off Snow Mountain, a series of three VR installations created by American avant-garde artist-musician-filmmaker Laurie Anderson and Taiwanese new media artist Hsin-Chien Huang.

The duo has worked on several digital art projects together over the last two decades after their first joint project, an interactive CD-ROM called Puppet Motel, in 1995. “But Laurie was dubious when I showed her the VR technology as the future of the new media,” Huang recalls.

Anderson’s hesitation is understandable as their interactive CD-ROM was considered cutting edge at time of release, but the format has since been superseded by more advanced technologies. “As a new medium, we are still exploring the endless possibilities of VR,” Huang explains. “But we know that it’s not just about an immersive experience that lets viewers feel they are part of it in a first-person perspective. Most significantly, it creates an out-of-body experience for viewers to explore the world freely. They can even fly in it, which is not possible with flat films. This unique experience will really touch their hearts.”

Among the Go Where You Look series, viewers float out in the clouds from a disintegrating airplane in Aloft, the duo’s first VR collaboration, while once inside Chalkroom, viewers are free to fly and roam in an enormous structure made with words, drawings and stories. The latter premiered under the Italian title La Camera Insabbiata and won best VR experience at the inaugural Venice Virtual Reality section in 2017.

Now Directors’ Fortnight curates both films together with the duo’s latest VR piece To The Moon in the same Go Where You Look series. The 15-minute To The Moon is commissioned by Denmark’s Louisiana Museum of Modern Art for the 50th anniversary of the Apollo 11 moon landing. In an emotional and dreamy world, viewers get to walk on the moon’s surface, glides through space debris and climb a Chinese snow mountain.

The series runs until May 25 at Le Suquet des Artistes, Cannes’ former city morgue which opened to the public in 2016 for the promotion of new contemporary art. It also marks Anderson’s return to Directors’ Fortnight in three decades after premiering her debut feature Home Of The Brave in 1987, now a cult concert documentary.

Separately, Huang presents a new work-in-progress VR piece, The Missing Body Episode 1, in Cannes XR Kaleidoscope’s Development Showcase. The experience is taken from the history of Taiwan from the military government during the martial law period to the colonial culture and the digital era into a story beyond reality. The music is composed by Lim Giong, winner of Cannes Soundtrack award in 2015 for Taiwanese auteur Hou Hsiao Hsien’s The Assassin.