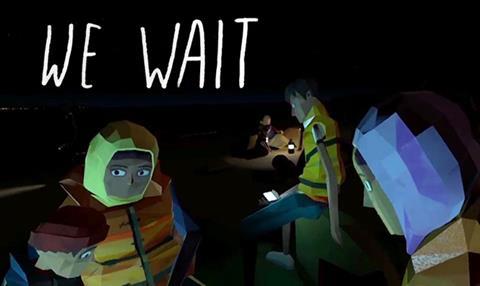 Screen spoke to Mark Atkin, curator of the festival’s Alternative Realities programme (which also encompasses the Interactive Exhibition), to discuss why VR continues to grow at such a pace, and why the medium is a perfect way to offer a window into the migrant crisis.

It has been a breakthrough year for VR in the film-making community. In January, Sundance hosted its biggest slate of VR experiences in its New Frontier strand, while Cannes put serious focus on the medium for the first time in its NEXT event at the Marche last month.

Doc/Fest has also been ahead of the pack, this being the third consecutive year that it has dedicated programme space to VR.

“It really landed in 2015,” said Atkin, “But this year was clearly a tipping point with Cannes getting into [virtual reality]. Now it feels embedded into everything that we do.”

One of the core reasons behind the expansion is that the technology has dramatically changed in the last three years.

“In our first year, we had Project Syria, which was on a custom rig and took up a huge amount of space,” recalls Atkin.

“It required a dedicated room and people manning it day in, day out, doing things like holding the leads when people walked around,.

“Now that kind of thing isn’t necessary. Two years ago you needed a massive computer, now you can put it on a phone.

“You can get all of the required information into increasingly small files. The technology is increasing by an order of madness, a lot is possible now.”

This year’s VR offering at Doc/Fest is housed across two rooms in the Site Gallery and The Space, next to the venue’s primary location at the Showroom Cinema. Users can utilise experiences across the Oculus Rift, Vibe and Samsung GR technologies.

Of the 12 experiences on offer, the strongest theme is the migrant crisis. There are three films that offer a startling window into the crisis, and when experienced in an appropriate order, weave a fascinating narrative.

The first of these is We Wait, directed by Daniel Efergen and Darren Dubicki, a collaboration between the BBC’s R&D department and Wallace & Gromit creators Aardman Animations.

Premiering in Sheffield, the film marks both companies’ first forays into true VR (as opposed to 360 video), and is amongst several projects the BBC has brought to the festival, all of which will be available on the newly-launched BBC Taster platform.

Placing the viewer on a beach with a Syrian family attempting to make the trip from Turkey to Greece, the animated film offers a unique window into the experiences of those in the crisis, putting the viewer on a boat with the migrants as they attempt to avoid the coastguard.

While the experience is stationary (though the user does wear a life jacket to aid immersion), an interactive element comes in the form of eye contact, with characters reacting as the viewer looks around, giving their individual stories.

The second experience in the migrant narrative is Home: Aamir, which is also debuting at Doc/Fest.

Directed by the NT’s Rufus Norris alongside Toby Coffey and Erfan Saadati, the film uses real 360 footage to place the viewer directly into the Calais ‘Jungle’ camp in France, which at one point housed up to 6,000 migrants.

Using testimony from a real inhabitant of the camp, the immersive and affecting film takes the viewer on a journey through Sudan, Libya, across the Mediterranean, Italy and eventually France.

Home: Aamir was produced by the NT in collaboration with Surround Vision and Room One.

“It’s exciting to see the NT working on documentary through the VR medium,” said Atkin. “Theatre creatives work with spatial media, placing protagonists on a stage, which means they really understand VR production.”

The final film in the migrant journey is Invisible, which depicts the end point of the journey as migrants are placed in the UK’s immigration detention system, the only such system that has an indefinite detention period, meaning inhabitants can end up stuck in the de-facto prison for years.

Invisible was commissioned by Doc/Fest with the Site Gallery and had support from Arts Council England.

Outside of the migrant crisis there are VR experiences at this year’s Doc/Fest that handle topics ranging from solitary confinement (6x9) to the usage of the drug LSD (Origins).

One of the standouts is Home – A VR Spacewalk, which is also a BBC R&D-backed project, produced by BBC Science, BBC Learning and BBC Digital Storytelling in collaboration with production house Rewind.

Housed in a gold, space shuttle-esque dome, Home places the viewer in the role of an astronaut repairing the International Space Station after it is damaged by debris, echoing Alfonso Cuaron’s Gravity.

A truly immersive experience, it is navigated using two controllers that act as hands, allowing the user to grapple along the outside of the station. One moment, when the user is flung into a spin, may be too nauseating for some to handle, but the entire experience is a reminder that VR may well be the future of entertainment.

Adapted from the audio diary of theologian John Hill, who went blind just days before the birth of his first son, the VR film was directed by Middleton and Spinney alongside Arnaud Colinart and Amaury La Burthe.

Creating ‘a world beyond sight’, the experience uses binaural audio and real time 3D animations to immerse users in the world of blindness.

VR is not the only cutting-edge content on offer at this year’s Doc/Fest.

The Interactive Exhibition hosted at the Millennium Gallery features 14 projects, including New Dimensions In Testimony, which allows audiences to have a virtual conversation with a Holocaust survivor about their life experiences.

Developed by the USC Shoah Foundation, the film is seen by the foundation as the first step in what will become the future of historical documentation and education.

Both the virtual reality arcade and the interactive exhibition run throughout Sheffield Doc/Fest (June 10-15).