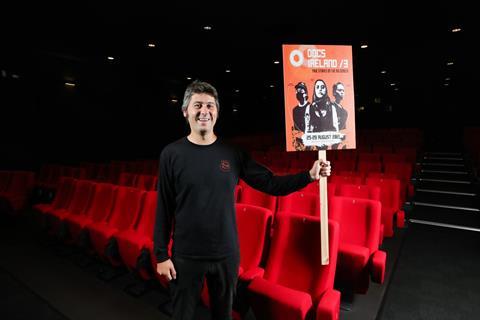 The festival was created in 2019 as part of the existing Belfast Film Festival. It aims to turn the spotlight on the storytelling output of Irish and international non-fiction filmmakers, as well as leading international documentary filmmakers and also includes industry events and a marketplace.

“Reading the room of the documentary world, and seeing the success of festivals like Sheffield DocFest, we saw documentaries were only going in one direction, and that was up,” says Docs Ireland programmer Stuart Sloan of the launch of Docs Ireland. “We thought the time was right to focus on that with a separate festival.”

They include Erica Starling Productions’ Lyra, which documents the life and work of murdered journalist Lyra McKee, now in post-production. Also in post is Alleycats TV’s Lost Boys, an investigative film about the disappearance of two boys in Belfast in 1974.

Neasa Ní Chianáin and Declan J McGrath’s Young Plato for Aisling Productions centres on a visionary headmaster who aims to ignite hope in a battered community in Belfast’s Ardoyne Estate, while Different League: A Derry City Story is director Guy King’s story of the city’s football club for State of Grace productions.

Even earlier in the works from Northern Ireland filmmakers are Kathryn Ferguson’s Nothing Compares, about singer Sinead O’Connor that is being produced by Tara Film and is now in pre-production, and Gambit Pictures’ I Dream In Photos about the work of Pulitzer Prize-winning photojournalist Cathal McNaughton. It is being directed by Ollie Aslin and Gary Lennon. Also in development is Margo Harkin’s Limbo about the scandal surrounding Ireland’s mother and baby homes that is produced by Besom Productions.

According to Sloan, Northern Ireland has a strong association with non-fiction filmmaking, long championed by the Belfast Film Festival. “The festival has a long history of showing politically-engaged films coming out of our quite unique history.  A lot of international nonfiction filmmakers have come here over the years to make films. That’s accelerated the nonfiction world here.” 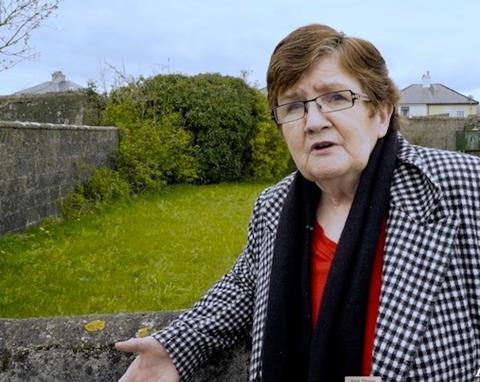 Northern Ireland Screen runs an annual call for applications to develop feature documentaries. Among its other incentives are The Irish Language Broadcast Fund (ILBF) which was set up with the dual aim of funding Irish-language content of high quality and of fostering the Irish-speaking independent production sector in Northern Ireland. Projects supported include Michael Fanning’s Oscar-longlisted feature Rocky Ros Muc.

Like the Republic of Ireland, which has recently seen an increase in Irish-language filmmaking, Docs Ireland’s Sloan believes this is an enduring trend. Docs Ireland features two Irish-language features this year: The Queen Vs Patrick O’Donnell recounts the true story of the man who shot an informer in 1800s South Africa and Women Of The Pipes looks at the history of women pipers in Ireland over the past 150 years.

“It is a really brilliant film,” says Sloan of the latter. “It traces the pipes themselves and the history of the physical pipes themselves, because sometimes they get passed not even through generations of the same family, but generations of the same pipers. So even the artefacts themselves are part of the story. We’re having a performance by some of the pipers in the Black Box [arts venue] as part of our screening.”

The other films screening at the festival by local documentarians include Brendan Byrne’s Debut, about musician Ryan McMullen, and Teresa Lavina’s Untold Secrets, an account of the conditions of and lives spent in a mother and baby home in the west of Ireland.

Activism is a theme of this year’s festival, and the international programme includes Ken Fero’s Ultraviolence, which highlights the deaths of people in police custody in the UK, and their families’ struggles for justice. Lucy Parker’s Soliditary, about the experiences of workers blacklisted for protest, is also screening at the festival.

The festival opens on August 25th with Bert Stern and Aram Avakian’s restored 1958 classic, Jazz On A Summer’s Day, screening at Belfast’s Hidden Huntley Walled Garden. “It’s one of those films that’s pure joy,” said Sloan. You’re transported back into a summer festival in 1958, and you can just forget about the world for an hour and a half.”