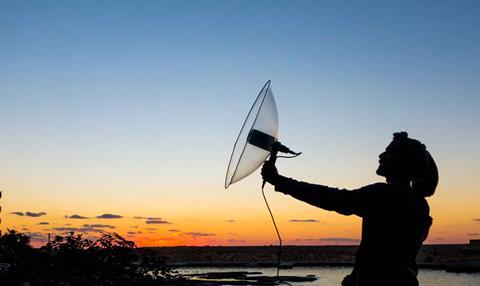 Since Dubai International Film Festival (DIFF) was founded in 2004, acclaimed Franco-Lebanese film-maker Philippe Aractingi has been a regular fixture at the event.

He won the best film prize in DIFF’s Muhr Arab Feature category for Under The Bombs in 2007 and garnered rave reviews for Bosta and Heritages, which played at the festival in 2005 and 2013 respectively.

I’ve always been intrigued by the fact nobody listens to anybody. We speak for ourselves, but we don’t really listen. We need empathy to listen — not just to hear but to feel what the other person is saying with your own emotions.

In the Middle East, and in Lebanon, we shout a lot. There are a lot of sounds everywhere — a lot of car horns. I wonder why people shout a lot, why people can’t talk normally? We also have a lot of divisions, religions. Each one has its own mosque or church, and each one is shouting his own way of thinking. So I thought making a film about sound was a very interesting subject. But it’s not just a theme that makes a film — it’s a story.

How did you go about translating that theme into a story?

It became the story of a sound engineer who records Lebanon. He tries, through sound, to seduce the one he loves and then, later, uses sound to try to bring her back to him.

How did you find the lead actor?

I cast the film while writing. I love to write for an actor instead of writing first and finding the actor later. And so I started casting, and I found a non-professional actor. I found him on Facebook, to be honest. I called him and I fell in love with him.

How was the film financed?

It’s always difficult to finance a Middle Eastern film. We have to make them on a low budget. I had to go to private investors, which I also did with my other films.

Who produced the film?

I produced the film myself through my company, Fantascope Productions. It was also produced with Denis Carot from France’s Elzévir Films. They brought a little bit of money, and we’re working together to find a distributor.

Do you feel the film’s adult content will affect its distribution in the Middle East?

It’s a sensual film. There are some scenes in which there’s a little bit of sensuality. I know in Lebanon it will be controversial as I have already shown it to a few people and they were very much astonished. This is unfortunate. I want people to see it for the sound, for the story, for the acting, for the aesthetic, and not for the nudity.