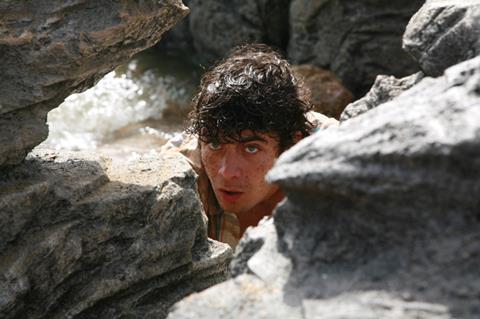 Turning the drama of illegal immigration into a bittersweet comedy sounds like a foolhardy enterprise, but Costa-Gavras mostly gets away with it, thanks largely to this unsentimental film’s faith in humanity and a deft mix of allegory and realism. The whole outing is pretty undemanding, and there are times when the Homer-inspired Odyssey of young illegal immigrant Elias feels contrived. But the understated, near-wordless performance of Italian lead Riccardo Scamarcio gives the picaresque succession of incidents dramatic cohesion; there’s also a real sense of tension in Elias’ close shaves with the authorities in the countries he traverses on his road to Paris.

The action takes place mostly in France and Italy, but the clever mix of characters that Elias meets along the way - from a pair of gay German lorry drivers to a bickering bourgeois Greek couple - will ensure a degree of cross-border appeal, and in the right hands this could even play in relatively commercial venues, at least in Europe.

We first see Elias (Scamarcio) on an overcrowded tanker that is taking him and hundreds of other illegal immigrants to western Europe. Conversing with a friend in a language that the fillm-makers seem to have invented, mop-haired Elias comes from some unidentified elsewhere - a device that helps to establish this as a universal story.

When a customs boat intercepts the human cargo, Elias swims for it, and is washed up on the beach of a gated French-run holiday camp called Eden Club Paradise, where he is first mistaken for one of the staff and then accepted as a guest, helping a visiting magician (Tukur) out with his act and then being seduced by a lonely, middle-aged German holidaymaker (Koehler) - one of several women (and men) who see the muscular pilgrim as an object of desire.

These first-act sequences sometimes stretch credibility - especially one in which the hotel management organises a nighttime ‘hunt-the-illegal-immigrant’ activity for guests. But the director’s confident control somehow carries us through to the more grounded, realistic middle section of Elias’ quest, during which he is robbed, helped by a friendly female market trader, given lifts by various strangers and employed as an assembly-line worker in a factory that makes televisions.

Along the way Elias changes shoes, clothes and jackets, helped out mostly by other members of the underclass, and pursued by the police, who seem everywhere. But if it tweaks certain aspects of reality to push allegories and convey the immigrant’s point of view, this is also a film that by and large avoids stock characters and is fairly mature about changing attitudes towards immigration in Europe.

Visually, the film is well-crafted but also fairly matter-of-fact, focusing on the uncomfortable reality of Elias’s journey. A moody trumpet and guitar soundtrack is used sparely but effectively.