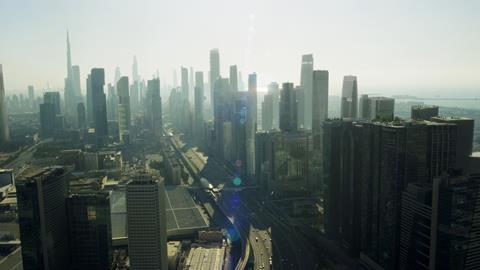 The Primetime Emmy nomination for outstanding special visual effects garnered by the Pixomondo team for the third season of HBO’s futuristic series Westworld is hard earned amid a COVID-19 pandemic and lockdown.

The season hinges on a dramatic plot development where the androids escape the confines of the Westworld park to near future 2058 Los Angeles and go in search of humanity, revenge and answers. Jonah Nolan, creator and showrunner, along with Lisa Joy, demanded a vision of the city that encompassed how people were living some 30 years in the future and also fitted in with how the Westworld campus had been portrayed in the first two seasons.

Berlin-born, Los Angeles-based VFX supervisor Nhat Phong Tran and his team at Pixomondo began six months ahead of the start of the shoot, working closely with Westworld’s overall VFX supervisor Jay Worth. “The biggest challenge in season three was to take what we knew about Westworld, a confined theme park in the first two seasons, and try to imagine the world outside,” says Tran.

But Tran, a three-time Emmy-nominated visual effects supervisor for his work on HBO’s Westworld and Fox/Hulu’s The Orville, revelled in the challenge. “A lot of time was spent figuring out how to build in how things look, what design language we wanted to use, the palette. And after we figured that out, we became more efficient as the episodes went on.” 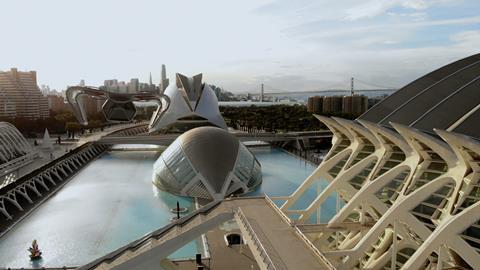 Tran’s take on 2058 Los Angeles used the current city as a template and adds various buildings and urban furniture inspired by those in Singapore, and also by the architecture and philosophy of acclaimed Danish architect Bjarke Ingels. The architect became a good friend of Nolan’s, and let them use unmade and made buildings of his own as reference.

Part of Ingels’ design philosophy is to turn material properties of society into physical structures. His buildings reflect something about the economy, the politics and the environment and culture itself. Nolan wanted a more optimistic vision of the Los Angeles of future than the oft-imagined trash-filled dark dystopian one.

“To project this into the future of Westworld, in terms of technology, we did a good job figuring out how we can protect the environment, have clean energy and how we can make living for people very habitable and enjoyable and it seems like everybody is having a good life,” says Tran.

The production uses two stages when capturing the action. One shoot is for the LED screen itself and the other is to film what is on the LED screen. When filming for the LED screen, the production found that not only all the aesthetics of the film are captured on the big LED wall itself, but it also reproduced and captured all the artefacts and technical imperfections that come with film – grain, dust and slightly shaky film grades.

“So when you film that wall with another camera it looks like there is film footage inside film footage which could turn out problematic,” Tran says.

For the LED screen capture, a Sony Venice 6K camera was used to deliver very sharp, detailed footage. The second part that uses the LED wall as background was then shot with film. “It just captures the feel and gives it a cinematic quality impossible to reproduce with a digital film camera,” Tran explains.

Although they were filming the future, the present began to bite during the third season as the production increasingly felt the impact of the Covid-19 pandemic.

“We had to take Westworld home,” laughs Tran, who set up a fast fibre channel connection, a colour critical monitor and painted one of his rooms black in order to do the work. “It was not only a challenge for the production side, it was also a challenge for all the families and the IT people to figure out how to make it possible to work from home.”