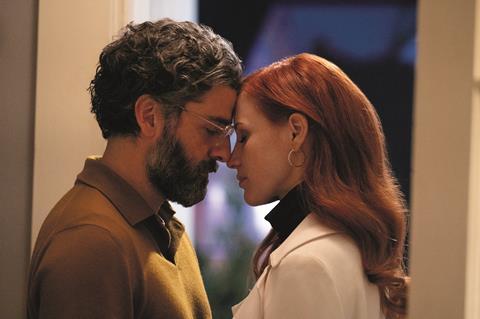 ‘Scenes From A Marriage’

When he was 16, Hagai Levi was given the job of screening films for the residents of his kibbutz, at Sha’alvim, near Tel Aviv (where he now lives). Sensing his spiritual drift from Jewish Orthodoxy, the community’s leaders also tasked him with censoring the movies. He watched each one beforehand and noted all the times that sex scenes occurred or profanities were uttered. Then, as they played, he would put his hand over the projector or shut off the sound at just the right moments. “I remember very vividly An Officer And A Gentleman,” he laughs. “Quite innocent. But there were some hard scenes in there.”

This, says Levi, was his first exposure to cinema. It hardly seems coincidental that, all these years later, he has become best known for writing, directing and showrunning dramas that probe deeply into people’s most intimate moments: the therapy sessions of In Treatment; the investigation of extra-marital relationships in Showtime’s The Affair; and, most recently, the intense domestic tensions of HBO Max miniseries Scenes From A Marriage, adapted from Ingmar Bergman’s 1973 original and starring Oscar Isaac and Jessica Chastain. It is as if, as a teenage censor, he acquired a taste for observing things to which most others aren’t privy. Including “hard scenes”, as he puts it.

Unsurprisingly, he cites Bergman’s Scenes From A Marriage — which was said to have raised divorce rates in 1970s Sweden — as a major influence: “Everything I did since film school was influenced by it.” Surprisingly, Levi did not actively seek to remake it. Instead, about 12 years ago, he was approached by Daniel Bergman — son of Ingmar and a fan of In Treatment — to revisit, update and relocate the miniseries.

“I felt it was an offer you cannot refuse, but I also felt like it could be a trap,” Levi says. So he sat with the idea for years, trying to find a way to do something new with it.

Finally, three years ago, Levi realised the answer was to swap the gender roles of the two characters (originally played by Liv Ullmann and Erland Josephson) to make the husband the primary caregiver and the wife the breadwinner. “It helped a lot because suddenly it was much more equal,” he says. “The woman became much stronger, the man became weaker and sensitive. By flipping the gender I suddenly felt, ‘Okay, now I can start working. Those are the people I can identify with and work with.’”

To have two actors, in Isaac and Chastain, who are longtime friends — the pair have known each other since attending The Juilliard School in New York together — was a huge boon. “It helped a lot. They trusted each other very much. And this is what you need in this kind of show — total trust.”

However, that friendship was tested. “When we got to episode four [in which the marriage finally collapses], it was a challenge,” Levi recalls. “One day, they were each sitting in their own corner before shooting, not speaking to each other. It was weird. Luckily, we had episode five, which made things much better, but there was a post-traumatic element for all of us going so deep. It took some time to recover.”

Making Scenes From A Marriage proved an intense experience. Nobody involved is in a rush to revisit it with a second series, Levi states, even though it has been considered. However he, Chastain and Isaac are keen to work together again.

“It is basically a one-off,” Levi insists. Although… “Bergman did Saraband 30 years later — a film that is kind of a sequel, with the same characters who are now old, and it’s heartbreaking. So who knows? Maybe in 20 years we’ll do a remake of Saraband.”