Everyone Else (Alle Anderen) 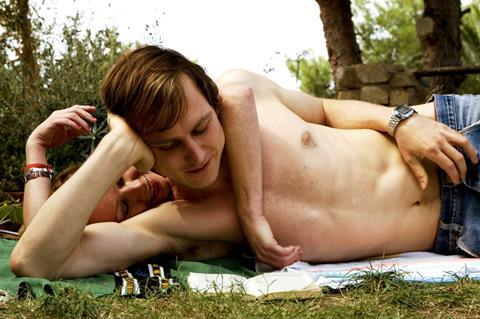 Writer-director Maren Ade made a strong impression with her 2003 debut, the spare, video-shot The Forest For The Trees. Everyone Else, her less focused, somewhat more conventional follow-up is essentially an intense two-hander, with supporting roles, about a mismatched couple whose introspective romance reaches an understated crisis while on holiday. The film’s prime attraction is a prickly, suggestive character sketch by female lead Birgit Minichmayr, but, while festivals may take to Ade’s distinctive dramatic sensibility, the film’s overall talkiness, sparse action and quintessentially art-house sleepiness will make theatrical prospects tenuous.

Set in Sardinia, the film traces the relationship between architect Chris (Eidinger) and his apparently newish girlfriend Gitti (Minichmayr). Chris is failing to flourish at his work - largely, it seems, as a result of his self-pitying hesitancy, which sometimes passes as idealism, although Gitti sees through it. The couple lead an insular life, acting out private micro-dramas, and generally being disparaging about the other ‘normal’ people they prefer to avoid. The pair see themselves as somehow different to the bourgeois order - although Gitti’s status as a rebel looks somewhat tenuous when we discover she’s nothing more radical than a music business PR.

Out shopping, Chris runs into an old colleague, Hans (Wagner), a bullish type thriving in his career and enjoying a showily perfect relationship with pregnant wife Sana (Marischka). That couple’s shiny confidence causes both Chris and Gitti to question the way they see themselves and each other, causing cracks in their precarious closeness.

The film gets off to a good start with a virtuoso bit of mischief from Gitti, teaching Chris’s young niece how to express hate. Chris later indulges himself in a hugely entertaining performance, doing a slinky dance to Julio Iglesias and Willie Nelson’s cheesy ‘To All The Girls I’ve Loved Before’. After the first half-hour, however, the drama is becalmed, as Chris and Gitti mull over their relationship at length, and generally behave with the sort of tetchy perversity and abruptness that may be true to life, but tends to mark a film as strictly art-house material.

Throughout, Ade makes a point of underplaying or defusing moments that seem to promise conventional drama: neither a failed dinner party nor a hiking trip, on which Chris and Gitti get lost, deliver the expected dramatic intensity. Somewhere within the languid atmosphere - with warm-toned photography by Bernhard Keller - is an insightful essay about the way lovers can feed on each other’s flaws. Acting is generally persuasive and relaxed, with Eidinger impressing as an essentially stolid character who seems to rely on his neuroses for a sense of self. And while Gitti’s inner depths remains somewhat elusive, Minichmayr achieves quite a feat in making her as vivid and often infuriating as she does. Even so, you wish that Minichmayr’s energies had been allowed to infuse this moody, rambling piece rather more.