European sales agents will be out in force at Filmart, with buzzy titles from Berlin and SXSW on their rosters. 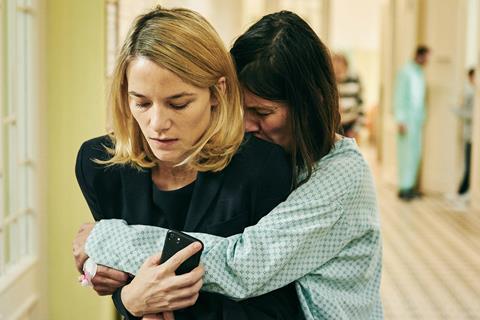 This year’s Hong Kong Filmart is set to host 97 European exhibitors presenting a range of titles to buyers at the Hong Kong Convention and Exhibition Centre. The selection includes features fresh from screening at the Berlinale and others still in post-production.

For the ninth year, European Film Promotion (EFP) is hosting an umbrella stand at the market. It will include 24 sales companies, among them Germany’s MagnetFilm, France’s Wide House and Spain’s Filmax. Unifrance and Film Export UK will likewise have a presence, while Italy is launching its own stand at Filmart this year.

Susanne Davis, project director of EFP’s Film Sales Support (FSS) initiative, explains why Filmart is important to European sellers. “According to an internal survey which looked at results for films benefitting from FSS, sales of European films to Asia account for 30% of overall sales generated outside of Europe,” she notes. “It is the largest percentage outside of Europe, with North America being the second largest.”

At last year’s Filmart, European sales agents were able to seal deals for their titles in a number of Asian territories, including China, Vietnam, Malaysia, the Philippines, Myanmar, South Korea, Taiwan and Vietnam.

“We noticed strong interest in European films from Chinese buyers in 2018 — some all-rights and some excluding theatrical, just for VoD,” adds Davis. “But with the new changes on regulations for film in China, it will be interesting to see how it fans out this year.”

7 Reasons To Run Away (From Society) (Sp)

Dirs. Esteve Soler, Gerard Quinto, David Torras
Fresh from its world premiere in SXSW’s Midnighters section, this black comedy is made up of seven stories featuring characters caught up in a dysfunctional society, including a tenant and a real-estate agent, a poor kid who appears on TV, and a couple about to get married. The film stars Sergi Lopez (Pan’s Labyrinth), Emma Suarez (Julieta), Alex Brendemühl, Alain Hernandez, Francesc Orella and Lola Dueñas (Zama). Produced by Aritz Cirbian and Martin Samper, it will be released in Spain by Filmax on April 5. Contact: Filmax

Dirs. Jessica Woodworth, Peter Brosens
A sequel of sorts to co-directors Woodworth and Brosens’ 2016 satire King Of The Belgians, which screened at Venice and sold to multiple territories including Japan, China, France and Latin America, The Barefoot Emperor features the king of the Belgians suffering a gunshot wound in Sarajevo and waking up to learn he has been designated as Europe’s first modern emperor following the recent implosion of the European Union. Starring Peter Van Den Begin, Lucie Debay, Titus De Voogdt and Bruno Georis, the film is produced by Bo Films, Wajnbrosse Productions, Topkapi Films, Propeler Film and Art Fest, with support from Eurimages among others. The film is aiming for potential festival berths in spring and summer prior to an autumn release. Contact: Pamela Leu, Be For Films

Die Toten Hosen — You Only Live Once (Ger)

Dirs. Cordula Kablitz-Post, Paul Dugdale
This documentary about German punk-rock band Die Toten Hosen made its world premiere in Berlin. Kablitz-Post (Lou Andreas-Salomé, The Audacity To Be Free) teamed up with Grammy award nominee Dugdale (Coldplay: Ghost Stories) to follow the band on tour as they deal with the sudden hearing loss of their lead singer and their own doubts, but eventually have a triumphant end-of-year performance at their own Hosen-Fest in Buenos Aires. Avanti Media Fiction produced. Contact: Geord Gruber, MagnetFilm

The Ground Beneath My Feet (Austria)

Dir. Cédric Kahn
Catherine Deneuve stars as a French matriarch whose 70th birthday festivities with her family are interrupted by the surprise return of her prodigal daughter. Actor/director Kahn, whose previous film The Prayer was in last year’s Berlinale Competition, co-stars in the comedy drama with Emmanuelle Bercot and Vincent Macaigne. Sylvie Pialat and Les Film du Worso (The Prayer) produced the picture, which is in post. Contact: Alexis Reybet-Degat, Elle Driver

Dir. Maciej Pieprzyca
This biopic about renowned Polish jazz pianist Mietek Kosz — who was blind, a master improviser and died young — is directed by Pieprzyca (Life Feels Good, I’m A Killer) and stars Dawid Ogrodnik (Silent Night, Life Feels Good), one of this year’s EFP Shooting Stars. Produced by RE Studio with co-producers including Lightcraft and Canal+ Polska and co-financed by the Polish Film Institute, the film is in post-production. Contact: Geremia Biagiotti, Intramovies

Dir. Yvan Attal
Real-life couple Attal and Charlotte Gainsbourg star in this bittersweet comedy about a middle-aged writer with fading inspiration who adopts an unattractive, bad-mannered dog he finds in his garden — upsetting both his family and neighbours. Produced by Florian Genetet-Morel of Montauk Films, George Kern of Good Time Production and Vincent Roget of Same Player, the film is set for release in France in October. Contact: Céline Lin, Studiocanal

Dir. Vadim Perelman
Currently in post-production, the latest from The House Of Sand And Fog director Perelman is set in 1942 and follows Gilles (120 BPM’s Nahuel Pérez Biscayart), a man taken from France to a Nazi concentration camp who avoids execution by swearing he is Persian, rather than Jewish. When he is instructed to teach Farsi to the head of the camp (Lars Eidinger), who dreams of opening a restaurant in Iran after the war, he manages to survive by inventing words every day, as jealousy and suspicions begin to mount. Hype Film (Leto) is producing. Contact: Alexandre Moreau, Memento Films

Dir. Suhaib Gasmelbari
Winner of the Panorama audience award for best documentary as well as the Glashütte Original documentary award at the Berlinale, Sudanese director Gasmelbari’s feature documentary debut follows four cinephile friends who reunite after years of distance and exile and try to revive cinema in their troubled country of Sudan. As an audio­visual archive researcher, Gasmelbari was able to find and help digitise long-lost Sudanese films, including those of the four protagonists. The film is produced by Marie Balducchi at Agat Films & Cie in co-production with Made in Germany Filmproduktion, Goi-Goi Productions, Video de Poche and Doha Film Fund. Contact: Marine Perez, Wide House