Films of the Year 2017: Jonathan Romney

Romney is a long-standing contributor of film reviews to Screen International. He writes for The Observer, Sight & Sound, Film Comment and others, and teaches at the London College of Communication. 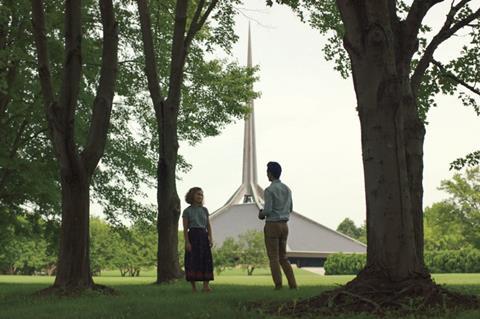 Dir: Kogonada
Not a movie that makes much noise, but the one that most got under my skin. Set in an Indiana town blessed with an unusual amount of innovative architecture, Columbus is about people, their relationships and the way their souls are fed by the buildings around them. With terrific performances by Parker Posey, John Cho and face-to-watch Haley Lu Richardson, it is a film that is not just for the heart and mind, but about the heart and mind.
CONTACT: Visit Films

Dir: Denis Villeneuve
A complex reimagining of the themes of the original, Villeneuve’s film is a superbly realised futuristic creation, following its own visionary tack with intelligence and grace.
CONTACT: Sony Pictures

Dir: Léonor Serraille
You could call this the French Frances Ha, but Serraille and star Laetitia Dosch have created their own thing, and it crackles.
CONTACT: Be For Films

Dirs: Agnes Varda, JR
Having recently established her own witty brands of documentary, self-portraiture and installation art, French cinema’s ever more intrepid doyenne sets out on a grand tour with artist JR to discover the faces of the people who make the country’s towns, villages and docks what they are. Impish, conceptual and very tender, this is also one of the year’s great political films, a genial act of solidarity as performance art.
CONTACT: Cohen Media Group

Dir: Antonio Mendez Esparza
A Spanish director working in the US offers a second film that could be very loosely considered a no-budget counterpart to Moonlight. Shot documentary-style, it is an intimate, zero-frills depiction of the relationship between an African-American working mother and her teenage son as they tackle their daily challenges — personal, economic and political — on the cusp of the Trump era. Incisive and deeply moving, with a superb non-professional cast.
CONTACT: Film Constellation