Senior US critic for Screen International, Grierson has written for the magazine since 2005. Based in Los Angeles, he also contributes to New Republic and Rolling Stone. 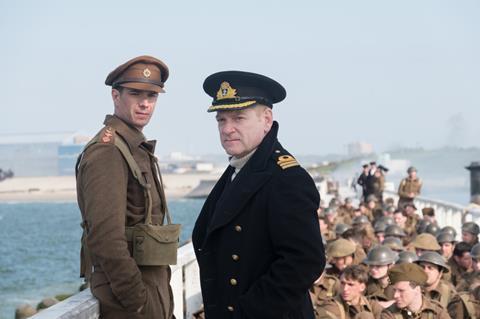 Dir: Christopher Nolan
Raising the bar on how immersive, visceral and terrifying a war movie can be, Christopher Nolan’s recreation of the battle of Dunkirk brilliantly fuses the two sides of his filmmaking personality. Both a cerebral puzzle of jumbled chronology and an effortlessly stirring big-screen spectacle, Dunkirk is a thrilling sensation with a deeply moral centre. Wars are fought by individuals, and Nolan makes us feel the terror, heroism and elation of his scattered protagonists.
CONTACT: Warner Bros

Dir: Andrey Zvyagintsev
A divorcing Russian couple discover their son is missing and their ordeal becomes a bleak, angry metaphor for a country losing its soul.
CONTACT: Wild Bunch

Dirs: Jairus McLeary, Gethin Aldous
An ambitious, unconventional group-therapy programme — one that brings together dangerous criminals and ordinary civilians — is the backdrop for this startling documentary about masculinity and inner demons.
CONTACT: Dogwoof

Dir: Florent Vassault
Twenty years ago, Lindy served as a juror in a murder trial that sentenced a man to death. In this fascinating documentary, she visits her fellow jury members to see if they are eaten up by guilt as much as she is. A prickly road movie that doubles as an examination of the US criminal justice system.
CONTACT: Wide House