Films of the year 2021: Jonathan Romney

A longtime contributor to Screen, Romney also writes for Film Comment, Sight & Sound and The Observer, and teaches at the UK’s National Film and Television School. Read our other critics’ top tens here. 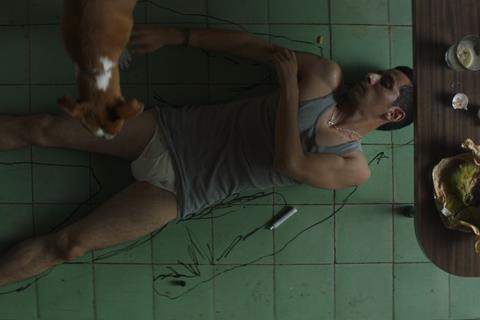 1. A Cop Movie
Dir. Alonso Ruizpalacios
It could have been listed as documentary of the year, but this remarkable Mexican feature takes genre distinctions down to the station and gives them a thorough interrogation. The latest from Ruizpalacios (Gueros, Museo) is the story of Mexico City cops Teresa and Montoya — partners on the beat and in life. The film explores every corner of their existence, recreated in a vivid, almost glamorous crime-genre style with hints of Scorsese, Lumet and Errol Morris’s The Thin Blue Line. Then performers Monica Del Carmen and Raul Briones step out of their uniforms, their video diaries showing how these professional actors trained to play the real-life police duo. Deconstructing our preconceptions — both about Mexican law and about genre — this is a dazzling hybrid work from a daring and stylish filmmaker.
Read Screen’s review

2. Il Buco
Dir. Michelangelo Frammartino
The elusive director of Le Quattro Volte returns with another contemplation of the elements, and of humanity’s place in the cosmos. Recounting the early 1960s exploration of a cave in Calabria, it is a film that gazes into the deep, up to the stars and at the Earth around us with poetry and wry humour. One of those rare films that retunes the way you see the world.
Read Screen’s review

3. Playground
Dir. Laura Wandel
One of the very best recent films about childhood, this Belgian feature stars newcomer Maya Vanderbeque as Nora, a seven-year-old who arrives in a new school and looks to her older brother for protection; but soon it is her trying to protect him from bullying. A lucid depiction of pre‑adolescent power politics, it is superbly made by debut director Wandel — a frontrunner among 2021’s talents to watch.
Read Screen’s review

4. The Pink Cloud
Dir. Iuli Gerbase
Made before Covid-19 was widely known, this Brazilian debut accidentally ended up the first lockdown drama of 2021. A couple spend the night together just as a toxic cloud descends on the world, causing everyone to shelter indoors. Becoming a domestic unity by necessity, the pair undergo cycles of tenderness and stress, in a film that feels like The Exterminating Angel for our own strange era.
Read Screen’s review

5. What Do We See When We Look At The Sky?
Dir. Alexandre Koberidze
A joyously elusive flight of fancy from Georgia: at once, a fairy tale about lovers struck by a curse; meandering evocation of life in a Georgian city; and a self-reflexive disquisition on how images transform the everyday. An inspired reinvention of magical realism that transcends whimsy.
Read Screen’s review

1. The Velvet Underground
Dir. Todd Haynes
Whether or not it was the definitive Velvet Underground documentary that hardcore fans wanted, this vivid, erudite piece brought the band’s achievement alive in the context of New York’s 1960s crucible of experimentation — musical, painterly, artistic and sexual. Contributions from band members John Cale and Moe Tucker and Factory insiders including Mary Woronov bring the joys of Manhattan art radicalism into celebratory focus. Split-screen effects haven’t been as snazzily deployed since their 1960s prime.
Read Screen’s review

2. Babi Yar. Context
Dir. Sergei Loznitsa
Using archive footage from multiple sources, this is a sobering reconstruction of one of the great atrocities of the Second World War — and, the film argues, the real starting point for the Holocaust.
Read Screen’s review

3. Mr Bachmann And His Class
Dir. Maria Speth
Three-and-a-half hours with a laid-back veteran schoolteacher and his students, but not a moment is wasted in this German film; a rousing, tender advert for enlightened education.
Read Screen’s review

Francoise Lebrun in Vortex (dir. Gaspar Noé)
Best known for Jean Eustache’s The Mother And The Whore, French veteran Lebrun, now 77, boldly confronts her own mortality in an austere, confrontational and yet surprisingly tender film in which director Noé contemplates old age and death. She plays a woman approaching the end of her life alongside her husband, played by Dario Argento. Lebrun is superb as she follows her character through the decline of her body and — most poignantly — her mind.
Read Screen’s review