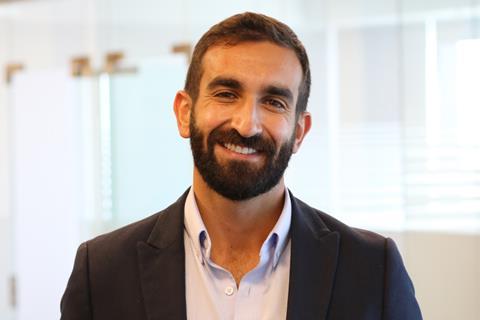 Lebanon-raised Touma’s first job in the film industry was marketing US studio releases across the Middle East and North Africa (MENA) for Dubai-based regional distributor Empire International. “They were distributors for Sony and Fox in the region at the time but I got really bored. It wasn’t challenging at all. People don’t need me to go and watch Spider‑Man,” says Touma. “That’s how I started getting interested in independent film.”

In Dubai’s close-knit cinema sector, this curiosity led Touma to Gianluca Chakra, founder and managing director of innovative MENA distributor Front Row Filmed Entertainment who soon offered him a job, initially in marketing and then expanding to acquisitions. Touma says his twin hats are mutually beneficial: “When you see a project from the very beginning, it really helps the process later on. With The Father, for example, when we got the script two years ago, it was clear it would be an awards contender, and so I always had it in the back of my mind that in 2021 we’ll have this film with Anthony Hopkins that could bag a couple of Oscars.”

Working at Front Row has introduced Touma to digital distribution, and he is also involved in its drive to produce high-end Arabic-language content to meet growing platform demand. Reflecting on the company’s innovative approach, he says: “It is such a fast‑moving industry — you have to stay ahead of the curve, otherwise you can die.”