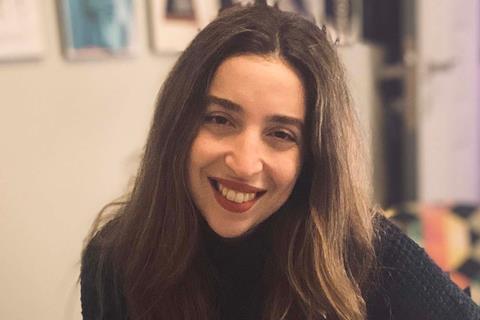 Egypt-born Deghedi studied cinema across the production and distribution chain as well as arts and culture marketing and management in France, before returning home with ambitions to put what she had learned into action. Multi-faceted, Cairo-based Mad Solutions, one of the few companies in the Middle East trying to distribute local and European independent films across the region, quickly snapped her up.

“I was eager to implement what I had learned, so to find this company that was taking on the challenge of distributing films that have no market, changing the market little by little, was exciting,” says Deghedi. “Most of our acquisitions now start at the script stage, so I read a lot of scripts and try to meet with directors to find out what they’re working on.”

Her concurrent role as manager of Cairo International Film Festival’s project co-financing gathering Cairo Film Connection, which she has held since 2019, also feeds into this work. Deghedi acknowledges the Middle East is a difficult market for independent fare but relishes the challenge. “It’s difficult but in a good way,” she says. “You’re always learning. There is no ceiling.”